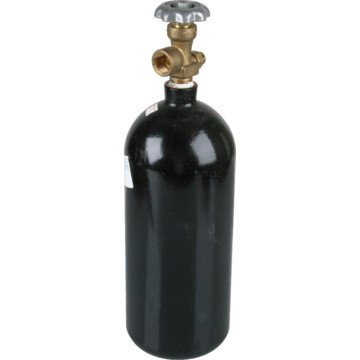 Flowing nitrogen while brazing and pressuring with nitrogen are both great, but nitrogen in with the refrigerant? Not so much. Nitrogen is a “non-condensable” gas because it cannot be condensed (under normal conditions), but Nitrogen isn’t the only non-condensable.

First, let’s talk about what a non-condensable gas is.

Any gas that does not condense (change from vapor to liquid) under the normal compression refrigeration conditions is called a non-condensable gas or NCG. These would commonly be air, nitrogen, carbon dioxide, Argon and Oxygen.

Non-condensable in the system will result in high head pressure / condensing temperature and occasionally high side pressure fluctuations as well as decreased cooling capacity and efficiency due to higher compression ratios.

You can’t remove non-condensables with a line drier and while you do remove air with a vacuum pump you only remove the air that entered the system once you open it. The vacuum does nothing for the refrigerant you already pumped down or recovered as the non-condensables remain mixed with the refrigerant unless you are dealing with large volumes where they can actually be separated and the NCGs removed.

Non-condensables is often a term used by techs to mean ANYTHING in the refrigerant that shouldn’t be there, such as moisture, solid contaminants and other refrigerants.

I think you get the point.

When we use a term like “non-condensable” as a replacement for “anything weird going on in the system we can’t explain” then it becomes a useless phrase, like saying a compressor is “bad” rather than explaining the actual fault.