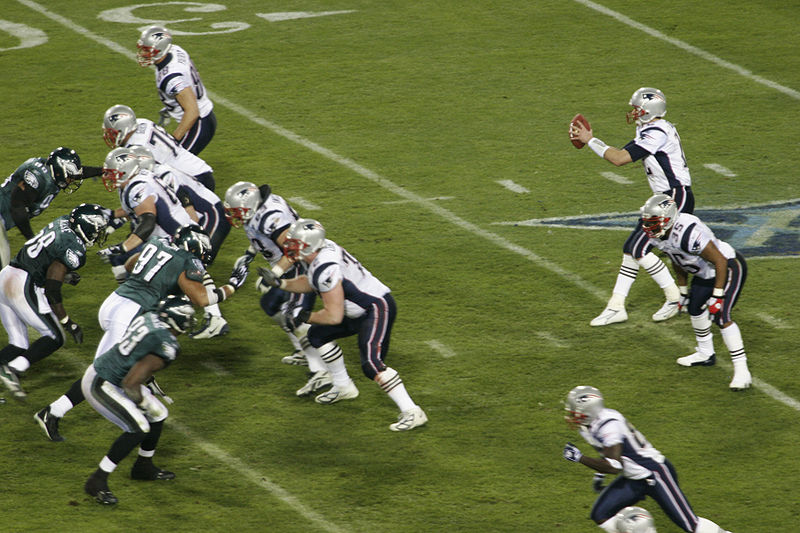 Are You a “Tom Brady” Tech?

I ‘m writing this a few hours before the “big game” in 2018, so I don’t know the outcome of the Patriots vs. Eagles nor does it matter for the sake of this article.

I’ve been pulling against the Patriots and Tom Brady ever since he supplanted Drew Bledsoe as the quarterback in 2001 as the young gun replacing the older pro.

I dislike Tom Brady in the same way and for the same reason that many football fans don’t like him, he is infuriatingly good!

I can make up reasons to dislike Brady, like inflate-gate or the practice filming scandal. The real reason for me is that I like an underdog story , and Tom Brady and the Patriots are the Alpha wolf of the league and I’m just plain sick of them winning.

As much as it pains me to do so, I must admit that Brady is likely the best QB of all time and he has a lot of traits that we can learn from in our field of expertise.

Have a Long-Term Vision

Many don’t know that Tom Brady grew up in California and was a big 49ers fan (just like me, the 49ers part not the California part). In college, he chose Michigan because he felt it was the best long-term opportunity for him to become a top-level quarterback even if he had to play as a backup to Brian Griese for two seasons. During his time as a backup Brady experienced a lot a doubt and even considered seeking a transfer to Cal, in the end, he stayed at Michigan and had to fight for playing time all the way through his college career. Because of this he was never considered an elite college quarterback and was drafted with the 199th pick in the draft.

Many of us make decisions based on short-term goals and with temporary challenges top of mind. In order to be the best of the best, you need to make choices based on the long-term vision and choose opportunities not only for what it means tomorrow but what it can do for your entire career.  That co-worker who makes you angry or that other job that will pay you a dollar or two more may tempt you to make a change, but is it the right change for the long term?

Make decisions now that the version of you 10 years from now will look back and thank you for. Choices like spending time reading instead of watching TV, saving instead of spending, making time for your family instead of going out and having a beer, and choosing a job based on how much you will grow and the opportunities that lay ahead rather than just the paycheck.

Tom Brady isn’t a stellar athlete when you compare him to most other guys in the NFL but what he does better than almost anyone is prepare for his opponent. He can look out at defense and tell instinctively what they are going to do and which safety he needs to move just a few feet by “looking him off” to get the ball to an open receiver.

That “instinct” doesn’t come from natural skill, it comes from preparation, coaching, and attention to detail.

Jim Bergmann said it best when he told me:

Guys will come up and tell me that they have 20 years of experience and their way works just fine. I tell them “No, you have 1 year of experience, 20 times over”

Experience “playing the game” alone isn’t enough to give you an edge. You need to –

If there is one part or process on a piece of equipment you serve that you don’t understand then stop and take the time to understand it before you move on.

Use Tools to Your Advantage

If your receivers catch the ball more easily with a few PSI less in there then, by all means, do what you need to do! In all seriousness, I think the Patriots inflated the balls to the minimum allowed in the warm locker room and when they went out on the cold field the pressure in the balls dropped below the allowable limits (Gas laws in action, but I digress).

Sometimes using new, fancy tools can feel like cheating but anything that increases accuracy like the Testo smart probes or saves time like the Pro-Fit is worth considering. Use any advantage you can get and high quality, well-maintained tools can make a huge difference in the hands of a good tech.

Tom Brady is a fierce competitor who doesn’t want to retire even though he certainly doesn’t need to keep playing. I would argue that our work is far more important to the world than football and it’s also no less challenging or interesting. Choose to engage with your work and enjoy it, keep those competitive juices flowing by doing a better job every day than the day before.

Sure, you can run with the ball yourself, but as a quarterback, you are much more effective when you look to pass it off to others and give them a chance to shine. Those of us that try to do it all ourselves will just break our backs and like a quarterback who runs too much, likely end up with a concussion. Invest in the next generation of techs and pass the ball whenever you can to give them a chance to gain experience.

How many times have the Patriots come back in situations when we all wrote them off?

It’s almost like they know something the rest of us don’t. I would argue that they do.

The Patriots know that none of them are going to throw in towel no matter how bad it gets. If they make a mistake they don’t spend time arguing and pointing fingers they just move on, learn what there is to learn and start making touchdowns when it counts.

Most of us get beat down and fall into a rut after a while. Bad things happen, customers get upset, we make a misdiagnosis and we start to think that’s just how it goes. The truth is, that is just how it goes, but that is no reason to adopt a losers attitude. You have a valuable skill in a trade with endless possibility, no matter what you’ve experienced you have an opportunity to learn from those experiences, come back and win the game.

Set goals, learn, grow and don’t give up on your career. We are all on the same team and the team needs you.