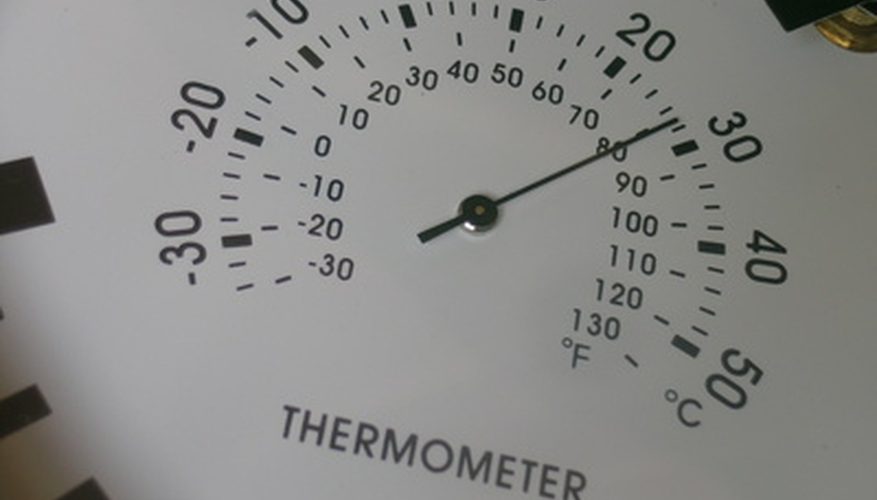 Before we convert temperature scales, let’s take a step back and think about what temperature is in the first place.

Temperature is proportional to the average kinetic energy of the random microscopic motions of the constituent microscopic particles, such as electrons, atoms, and molecules.

Translation: Temperature is the average “movement energy” of the molecules in a substance

Higher temperature means there is more average heat ENERGY when compared to the same mass of the same substance at a lower temperature. While there is no limit to how high the temperatures of matter can go (at least that science is aware of), there is a bottom limit and that is the point at which there is NO HEAT, and therefore no molecular or atomic motion. That point of no energy is called ABSOLUTE ZERO.

Absolute zero, is a theoretical point because it has never been (and likely will never be) achieved. For most of us, absolute zero has no real application and this is why our most common temperature scales are tied to freezing and boiling instead of absolute zero.

Anyone can make up their own temperature scale. All you need to do is pick a zero based on a known (say boiling or freezing water at atmospheric pressure) and then decide on a size of the degree.

In the “Fahrenheit” scale a guy named Daniel Fahrenheit decided to make a temperature scale, the coldest “constant” he had at his disposal was a water and brine solution, so he called that 0°F. He then used the body temperature of an “average healthy man” and somewhat arbitrarily called that 96°F. This dictated the “size” of the Fahrenheit degree as well as the zero point. From there he ascertained that on his scale water froze at 32°F and boiled at 212°F at sea level (14.7 psia).

The Celsius scale (often called Centigrade by old timers) logically used the freezing and boiling of water as the 0° and 100° points. This established a logical starting point at the freezing of water as well as LARGER degree size than the Fahrenheit scale.

This means that when you are converting a temperature… say 75°F to Celsius, you first subtract 32° to normalize for the different starting points of the scale and THEN you multiply by .555 (I prefer decimals because fractions don’t work on a calculator) so 75°F = 23.865°C

When converting a temperature comparison or differential you must skip the +/- 32° part of the process. In those cases you are only coverting the SIZE of the degree, not it’s location on the scale

This means that if we are discussing 10°F of subcooling, we would simply multiply it by .555 to see that it is 5.55°C of subcooling.

Scientists didn’t like the old Fahrenheit and Celsius  systems because they are scientifically nonsensical. There is NO SUCH THING as negative heat! exclaimed the angry Mr. Kelvin & Rankine (at least that’s how they do in my imagination). So they invented scales where zero is ABSOLUTE ZERO so there are no negative numbers. The Kelvin scale starts with 0 at absolute zero and uses the Celsius degree size and Rankine starts at absolute zero and uses the Fahrenheit degree size.

So whenever we make a conversion from Fahrenheit to Celsius on the SCALE we show the converted temperature as °C, but when making a conversion that is simply as comparison or a differential (DTD, Delta T, CTOA, Superheat, Subcool etc…) we show it as °K to help us differentiate.