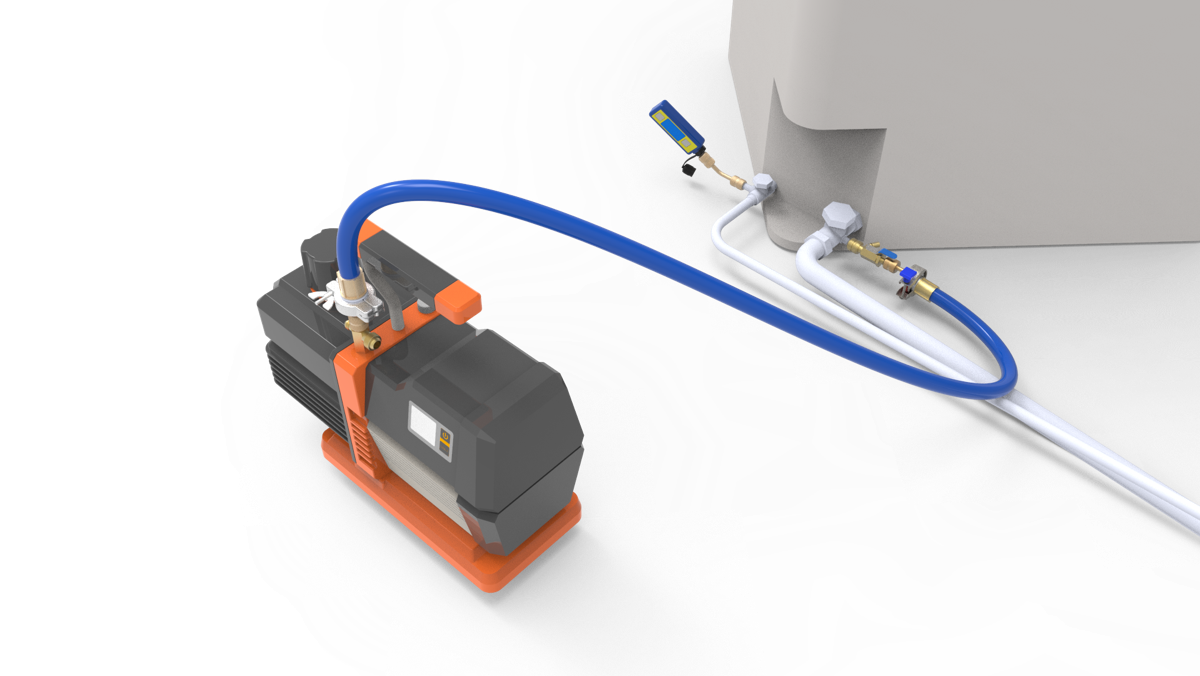 Don’t Install Your Micron Gauge at the Pump

Have you ever wondered why your old refrigerator never needs service, gauges installed, and can run for 30 years that way maybe only needing an occasional cleaning of the condenser?  For crying out loud, utilities are buying these old energy hogs through some programs because they never seem to die. Why do they last so long?  A good evacuation, a correct refrigerant charge, and maintaining a sealed system. Evacuation is the most important part of an installation followed by charge and airflow to assure the efficiency, reliability, and longevity of equipment. 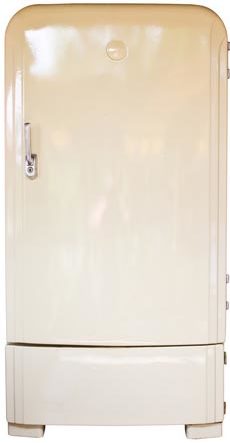 When it comes to evacuation, in an industry plagued with bad information, I do not know why I was surprised to learn that many technicians think it is OK to measure the system vacuum at the vacuum pump. Now I wouldn’t say it’s like driving from the back seat of a car, only because it’s much worse than that. It’s more like driving blind from the trunk.  In my opinion, a senseless practice, and simply poor practice when it comes to proper evacuation. If you hate your micron gauge and think that evacuation is impossible or dark magic,  I think we have stumbled across the reason.   Now I am not going to blame technicians for this, as somewhere along the line, (likely when the marketing department took over-engineering)  the 1/4″ test port on a vacuum pump became a service port for evacuation and at times a mounting point for the vacuum gauge and the pump blank off valve became the isolation valve for vacuum. I know this is true because I have talked to many salesmen at tradeshows who have confirmed this to be their understanding. But here is what is important to understand, the 1/4″ test port is nothing more than that, it is a test port. It is designed to provide a port to test the ultimate pulldown vacuum of a vacuum pump. It is not, and was never intended for evacuation or a permanent location for the vacuum gauge, and the blank-off valve is not intended to isolate the vacuum from the system. Let’s start with some basics. Pressure and vacuum are two completely different sciences and cannot be treated the same. Here is a fundamental example. Given a straw, you could easily blow out a candle from more than a foot away. Take that same straw and try to suck the candle out, and even inches away it is not possible. Vacuum is not directional, if you have ever used a cracked straw, you know they are pretty much useless for drinking. The vacuum pulls from wherever it can. A vacuum is simply a reduction in pressure, and it is strongest at the pump inlet and gets weaker and weaker as it moves away from the pump toward the system. This is due to friction and leakage, which means the vacuum is weakest at the furthermost point away from the pump. The pressure differences are extremely small that create the flow back to the vacuum pump. These pressures are typically as low as .002 psi. Remember, a vacuum is limited by physics. The deepest vacuum we can achieve is -14.996 PSIG. That said, the only way to reduce the friction and increase the flow is larger hoses.  A 1/4″ hose has such a low conductance speed that it should never be used for evacuation. Using a 1/4″ hose chokes the vacuum pump—no matter how big—down to about 0.5 CFM at 1,000 microns. Hoses that are 3/8″ or 1/2″ inside diameter are the smallest that should be used for evacuation. That said, the vacuum at the hose inlet can be much more different than the vacuum at the pump connection, and again, much more different at the far end of the system.

But wait, there’s more! Schrader cores provide additional pressure drops, and we all know there are times when
the core depressor either does not open or barely opens the Schrader valve. This will also play havoc in the evacuation process. These pressure drops, again, will make the vacuum at the pump much deeper than it is in the system. The reality is your pump could be at 250 microns while the system is still well over 2,000 microns. This could lead to catastrophic failure of the refrigeration system over time. Vacuum pump blank off valves leak! Vacuum pump blank-off valves are designed for nothing more than keeping the oil in the pump when the pump is turned off with the hoses connected, in the case of a tip-over, and to keep the oil from absorbing large amounts of moisture while the pump is stored. They are not vacuum rated, and if tested with a micron gauge, most–if not all–will creep toward atmospheric pressure in a matter of minutes. This is the primary reason for vacuum trees with vacuum rated ball valves. Those are intended for that purpose. They are not there only to provide a connection point for multiple hoses. The blank-off valve on the evacuation tree, or evacuation manifold, are less than ideal for system decay testing as it also does not isolate the core tools and hoses that are also a significant source of potential leakage, if for no other reason than simply the huge amount of connections. The reason the blank-off should be closed during isolation is to keep the oil from sucking out of the pump when the vacuum rig is under a vacuum and the pump is off. If you are testing the ultimate pulldown of the pump with a micron gauge, closing the blank off prior to shutting down the pump is critical as you will easily pull oil into the vacuum gauge if you shut the pump off before doing so. So what is a technician to do? After all, there is no other convenient place to install the vacuum gauge on a typical system, there are only two ports on the entire residential system.

The answer is vacuum rated core tools. Using core tools allows two important things to happen. First, removal of the core which is a significant restriction, and second, it provides a place for the vacuum gauge that allows isolation of the vacuum pump and hoses. While a core tool is not 100% leak-free, down to about 20 microns, a good core tool will not be a significant source of leakage when the valve is closed and the system is isolated. Core tools should be cycled several times during evacuation to release any trapped air around the valve, but aside from that, the only source of leakage during isolation at that point is between the ball valve and the service port on the system. If a non-permeable connector is used for the vacuum gauge, the source of leakage not has been significantly reduced if not, for all intents and purposes, completely eliminated. Just recently I was reading a post online that “vacuum rated” is nothing more than an industry buzz term. Nothing is further from the truth. Everything leaks, even solid copper lines! It is the leak rate that we are concerned with. Vacuum rated defines the performance under a vacuum and clarifies the leak rate of the core tools or the hoses tested. It tells the user the ultimate vacuum that the tool will perform to without the leakage rate overcoming the ability of the pump at the rated micron level. Vacuum rated means it was tested for the process of evacuation and can be expected to perform adequately down to the rated level. This does not mean that standard core tools cannot be used, but it does mean that the user should test them for the intended purpose to assure that they are tight enough to perform without being a significant source of a leak in a vacuum. Because of the hoses, vacuum pump blank-off valve, manifolds, and core tools leak, we need to either remove or isolate as many of these components as we can from the system during the decay test. Just to be clear, evacuating through a manifold is not a great idea either, as the small porting and hoses also are a significant restriction. Core tools and a proper evacuation rig allow a good evacuation to happen. Making a few small changes in your approach to evacuation will make a huge difference in your frustration level, and make the system last years longer. — Jim Bergmann / MeasureQuickPS. Open the gas ballast if equipped before starting the pump, close it when you hit 1500 microns, then open it again after you have isolated the pump/rig for a few seconds prior to the pump shutdown. This will help keep your oil dry, and assure that you achieve maximum vacuum during the evacuation. It will also help your pump last longer.