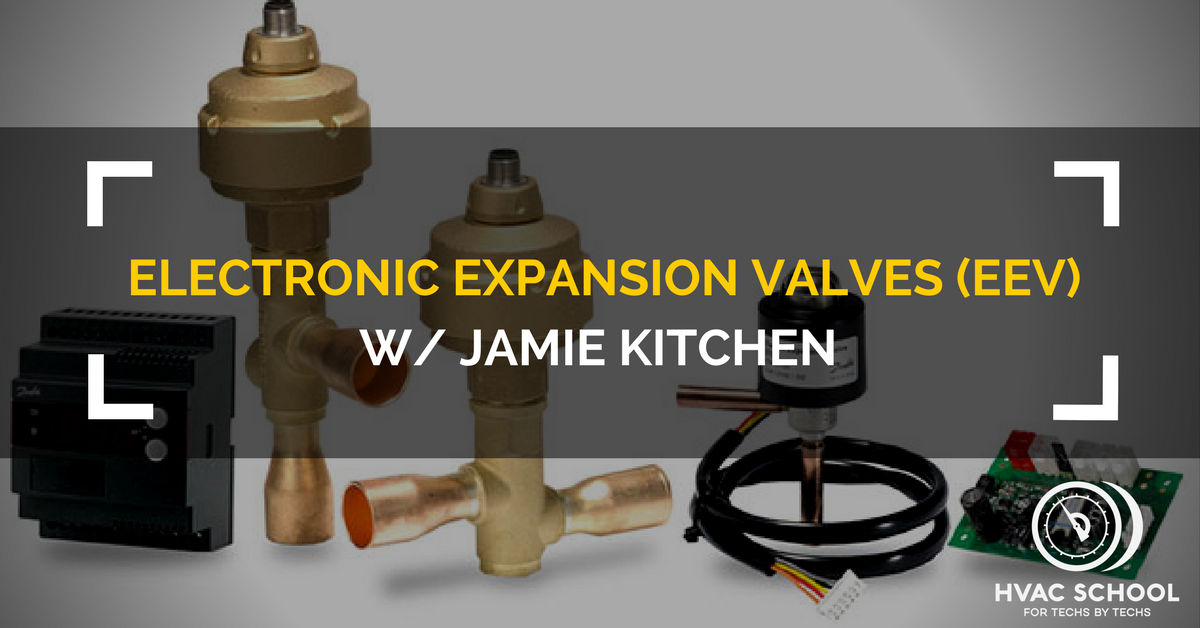 We talk about EEV’s, how they work, the reason they exist as well as review the entire range of metering devices. 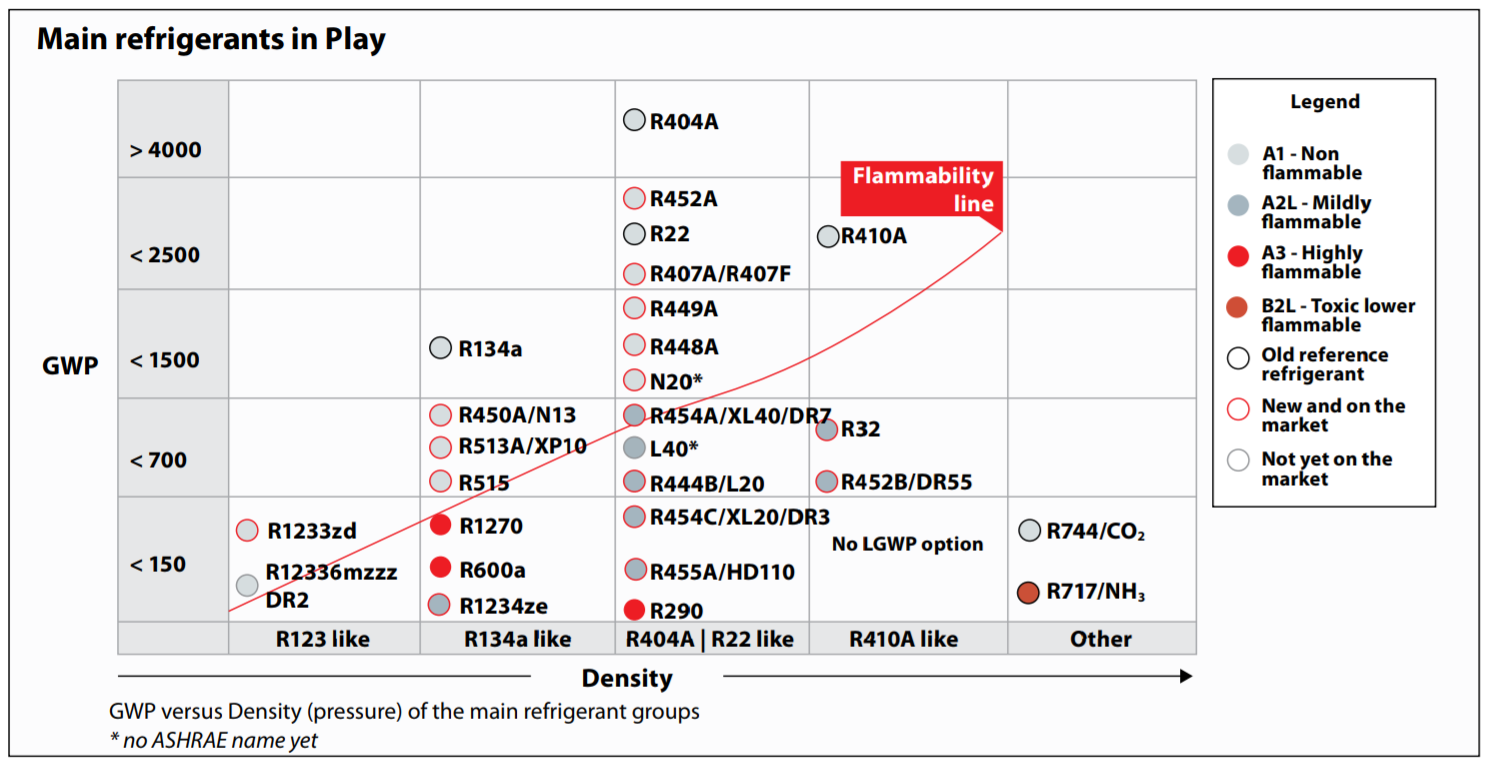 Changing Refrigerants and Why it Matters to You

The week of 9/18/2017 Danfoss put out a lot of great information on global changes to refrigerants and the impact this will have on equipment and the industry.

This a quick overview of the different types of refrigerants, the reasons for the changes and some things to watch out for.

When I went to trade school in the 90’s, all the talk about refrigerant regulation stemmed around the destruction of the Ozone layer by CFC (Chlorine, Fluorine, Carbon) refrigerants like R12 and HCFC (Hydrogen, Chlorine, Fluorine, Carbon) refrigerants like R22. The likelihood that a particular chemical would break down Ozone in the stratosphere was designated by an ODP (Ozone depletion potential) number. The worst offender was R11 and it was the benchmark for ODP with a rating of 1. Other refrigerants like R12 and R22 had a lower ODP than R11 but still had the potential for Ozone depletion.

Over time these CFC and HCFC  refrigerants have slowly been phased out in the developed world, starting with Europe and moving on to the USA and many other countries.

The attention of the scientific and regulatory world has now shifted to considering the emission of greenhouse gases like methane and carbon. Scientists have studied the effects these gases have on global climate and have concluded that they contribute to global warming.

The term used to identify how much a particular gas contributes to global warming is GWP (Global Warming Potential). The number starts at 1 with Carbon Dioxide (CO2) and goes up from there with common modern HFC (Hydrogen, Fluorine, Carbon) refrigerants like R410a and R404a both having zero ODP but high GWP numbers.

Because of this, manufacturers like Danfoss have looked carefully at alternative refrigerants by looking at new technologies as well as some refrigerants that have been around for a very long time.

The hydrocarbon category contains FANTASTIC refrigerants with excellent heat transfer, pressure/temperature, and oil miscibility. The only problem is they are all flammable. These include R290 (Propane), R600a (Isobutane), R1270 (Propylene) and even some uses of butane and ethane in refrigerant blends. These refrigerants are already being used in some small, self-contained units like soda machines and water fountains. They have zero ODP and very low GWP. Read more from Danfoss on HC refrigerants.

Natural refrigerants were the earliest refrigerants used. Starting with Air and Water and then moving on to Ammonia and Carbon Dioxide.  All of these refrigerants are inexpensive with little to no GWP and they all can be used as a refrigerant.

Water and Air have never been economically viable when compared to other refrigerants based on the power input to BTU output.

Carbon Dioxide has a low critical point making it fairly well suited for colder climates and low-temperature equipment but posing some challenges in areas with higher outdoor temperatures.

Ammonia is arguably the best refrigerant available but it is highly corrosive and toxic, making it a real safety risk.

HFO refrigerants have a similar makeup to HFC’s but they are formulated to break down more quickly, greatly reducing their chances of making it to the upper atmosphere. Because these refrigerants are new and, still contain Fluorine (a limited natural resource) the production costs are high. Currently, R1234YF is the most commercially available HFO and is being used as a replacement for R134a (HFC) in refrigeration and automotive applications.

Just last month on 8/8/17  the United States court of appeals struck down an EPA phaseout of HFC refrigerants under the Clean Air Act on the basis that the Clean Air Act only gave the EPA the right to regulate Ozone depleting substances. This decision is likely to be appealed further. This case could have a wide ranging impact on HFC regulations for the next several years, but those in the know suggest proceeding as planned due to the likelihood that HFC phaseout is still on the horizon.

Chris Caldwell interviews Bryan in this podcast about the industry, his business, and the future.

You may not know this, but the HVAC School podcast began before the website. When I started the podcast I never intended to create a website but there was more demand for quick tech tips than the podcast could hold so we started hvacrschool.com

In the same way, I never set out to create a podcast network but here we are. I find that there are more topics than I can fit into one site or podcast so the Blue Collar Roots Network is born to allow other really smart people do what they do best. You can still hear the HVAC School podcast in all the usual spots and it will publish just as often, with all the same great types of HVAC/R training topics, but here are some new options for you.

Building HVAC science is a podcast by Trutech Tool CEO Bill Spohn. The show covers building diagnosis, test and balance, advanced measurement, design and many other important topics to the trade. The latest episode is on IAQ and you can listen HERE. You can also listen and subscribe here.

Service Business Mastery is an in-depth look at what it takes to run a successful service business by successful business owners and managers. The latest episode is on dealing with negative reviews online. You can also listen and subscribe here.

The Tools Pros podcast goes deep into all of the tools of the trade with honest reviews, as well as general discussion about uses and applications for tools. The latest episode is on tool bags and vehicle organization. You can also listen and subscribe here. 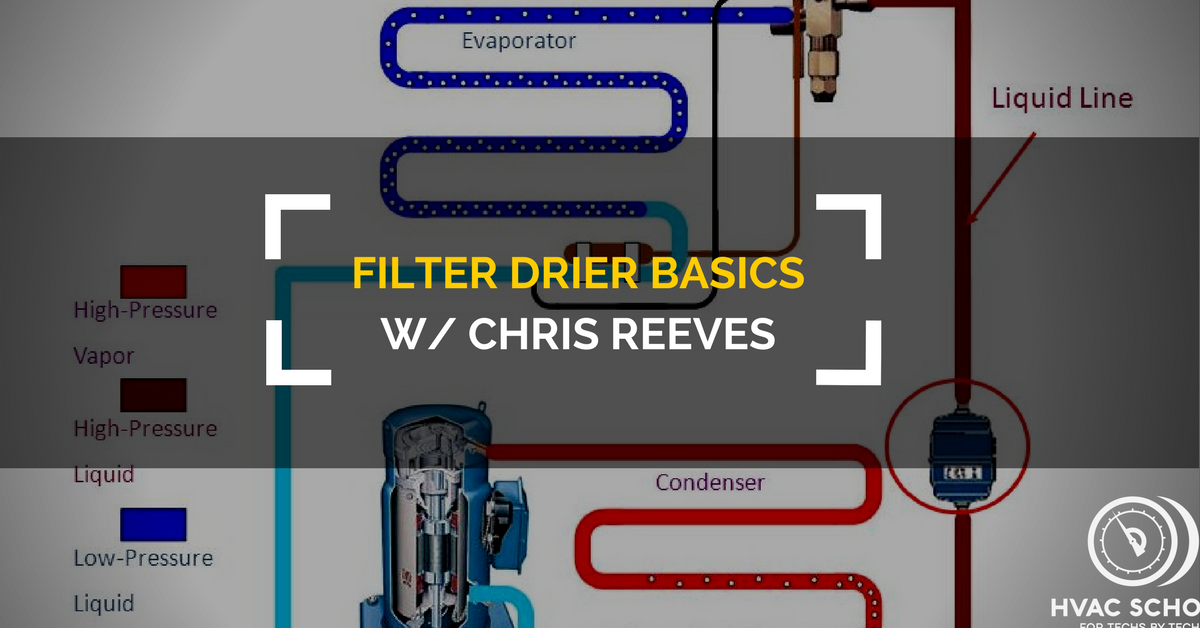 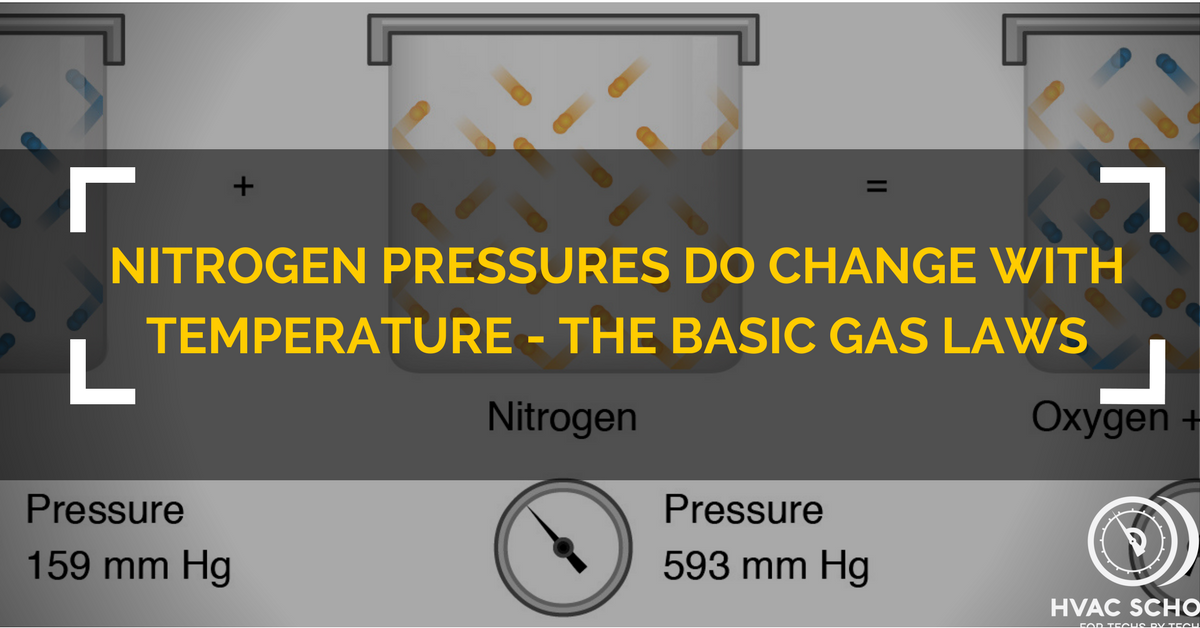 We cover the 4 basic gas laws and how they apply to you as a technician. 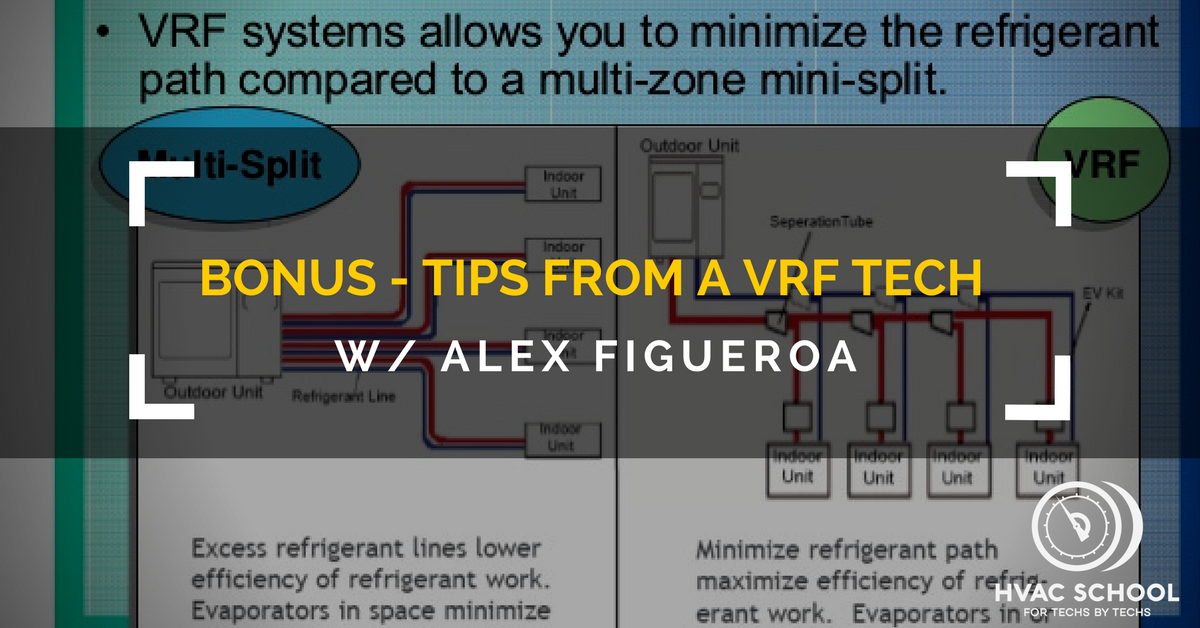 Alex Figueroa is a VRF and refrigeration tech in Puerto Rico and he talks to Bryan about his experience. 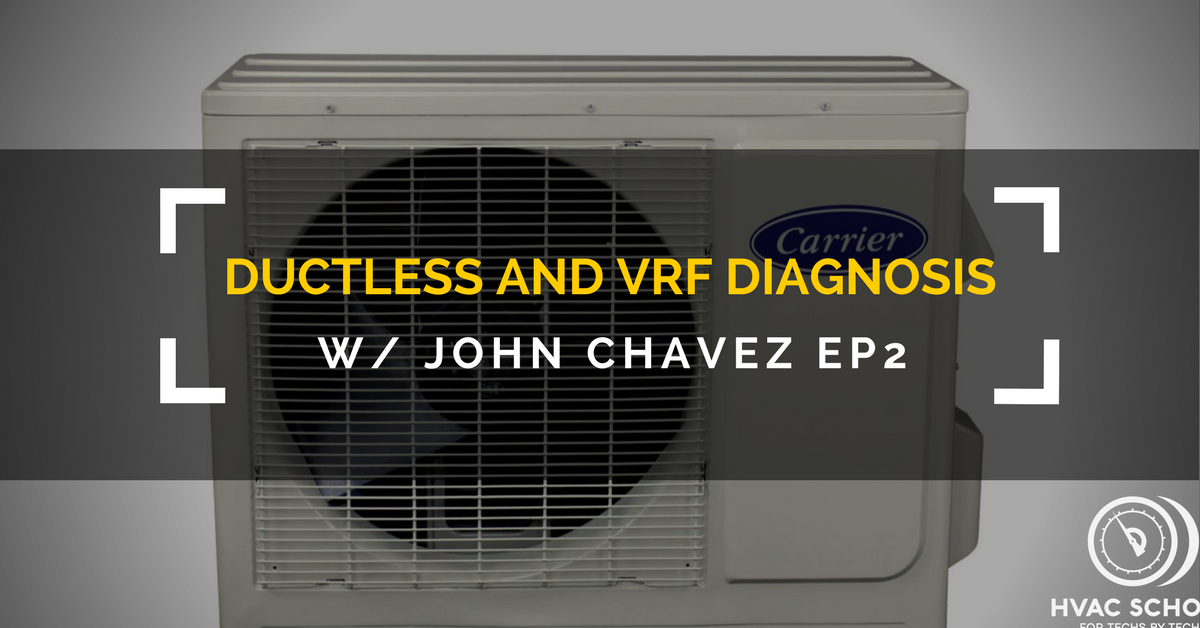 What do you need to know to walk up and fix a VRF or Ductless System? Long time VRF and Ductless Pro John Chavez covers his approach in part 2 of this podcast.

This episode covers some basics of matter that relate to HVAC/R – Matter, Mass, Weight and volume. This includes specific gravity and specific volume. 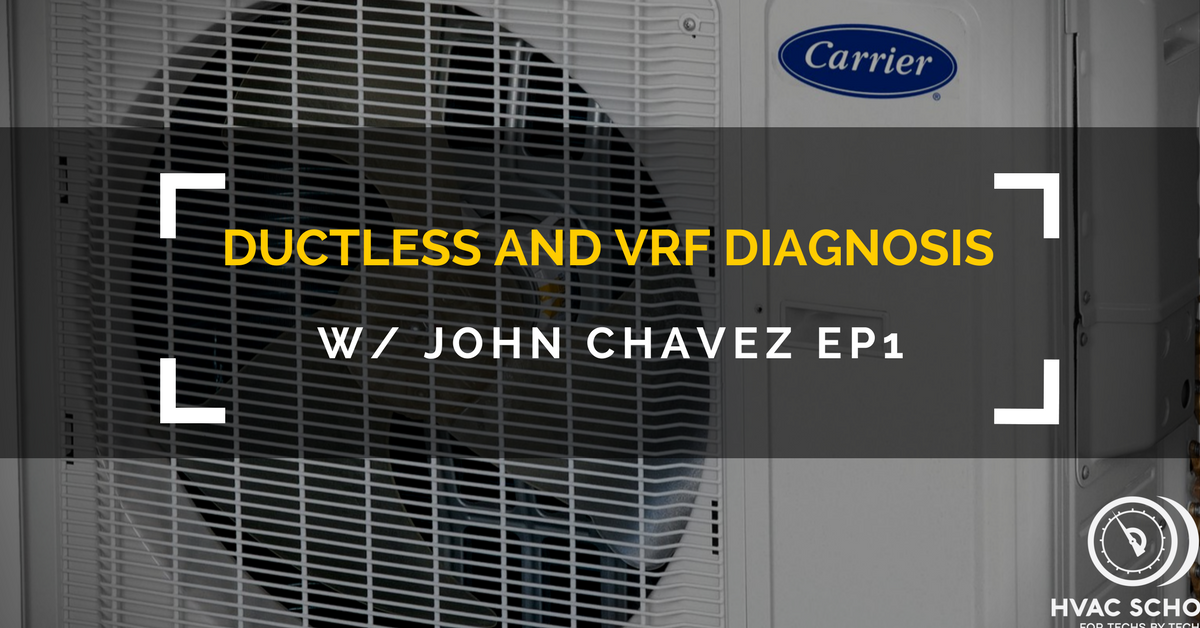 What do you need to know to walk up and fix a VRF or Ductless System? Long time VRF and Ductless Pro John Chavez covers his approach in part 1 of this podcast.