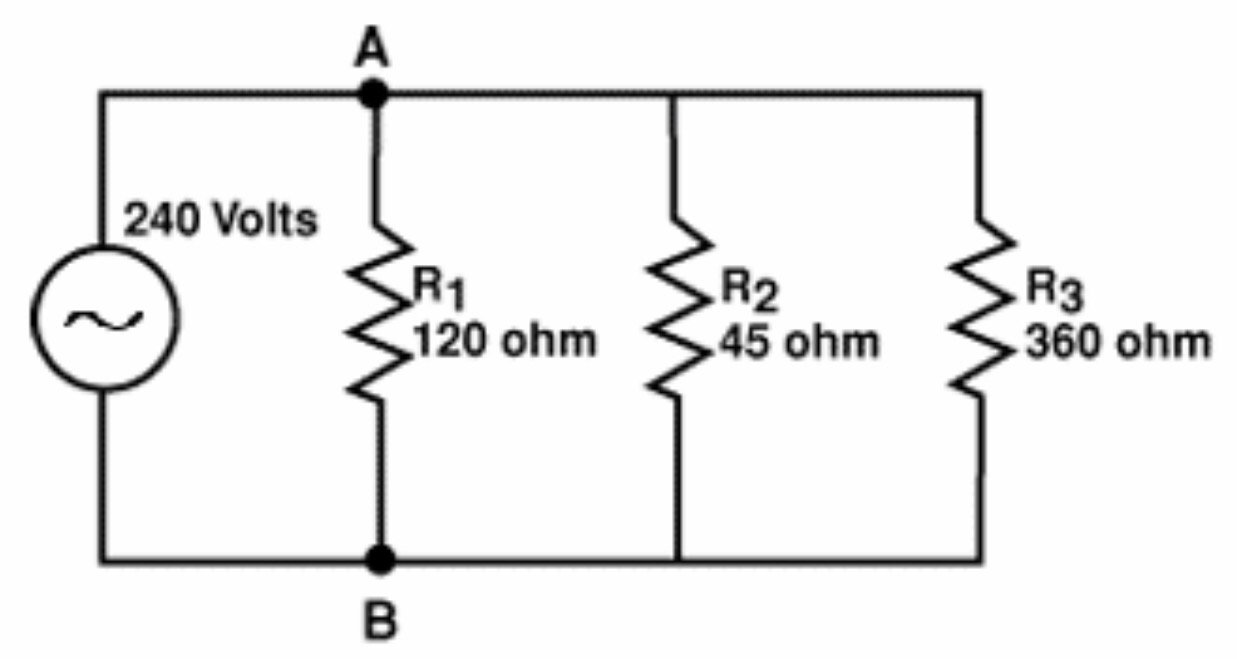 In a Series circuit (loads connected in a row end to end) it’s easy to calculate total circuit resistance because you simply add up all the resistances and you have the total.

In a Parallel circuit the voltage is the same across all the loads, the amperage is simply added up but the resistance is a bit more tricky.

It gets tricky to imagine because the total circuit resistance of parallel loads goes down the more loads you add.

When you are calculating the total resistance of a parallel circuit you take each individual resistance and divide it into (not by) one. You then add up all the resistances that were divided into one and divide that sum into one. The formula looks like this for the diagram at the top of the article.

For this particular application as shown above it would be.

Then we add them all up

Then to find the total you divide one by the total

As you will notice, 30.21 Ohms is less than the lowest resistance in the circuit. This makes sense when you think about ohms law.

The lower the resistance the higher the amps. Adding in additional parallel loads INCREASES the amperage in a circuit, and we see this ever day when we notice that compressor amps and condenser fan amps added together equals total condenser amps.

Another myth this busts is the idea that electricity ONLY takes the path of least resistance. Electricity actually takes all paths between positive and negative charges and every additional path (parallel circuit) just decreases the resistance between the two points of potential difference. This increases the total circuit amperage, which is why when you try to run two hair dryers on one 15a circuit the breaker trips. Two hair dryers in parallel = lower  total circuit resistance = higher amps.

Not that I would use two hair dryers….. maybe that’s why I’m almost bald.