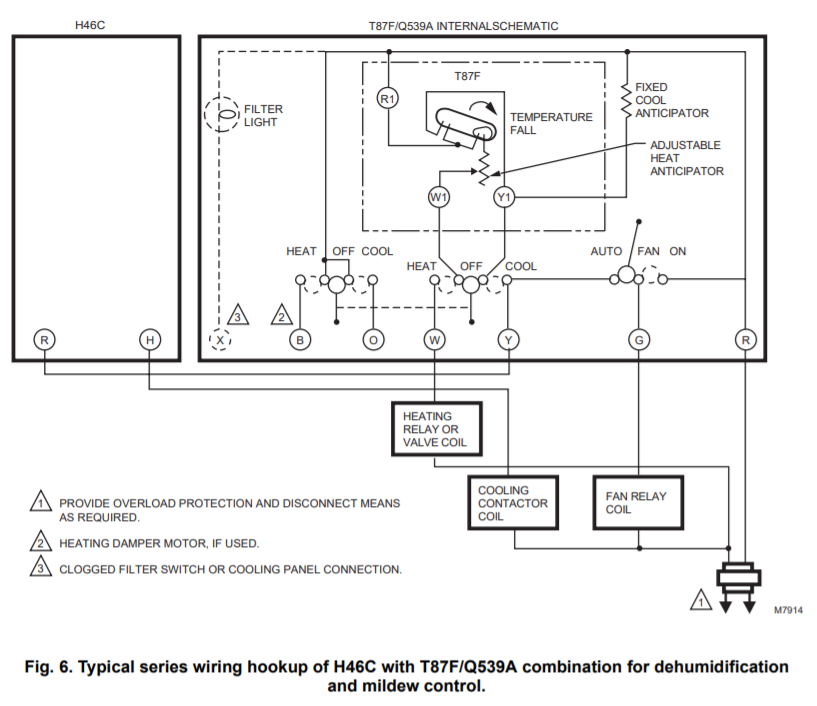 Wiring and Setting of Humidistat / Dehumidistat in Humid Climates 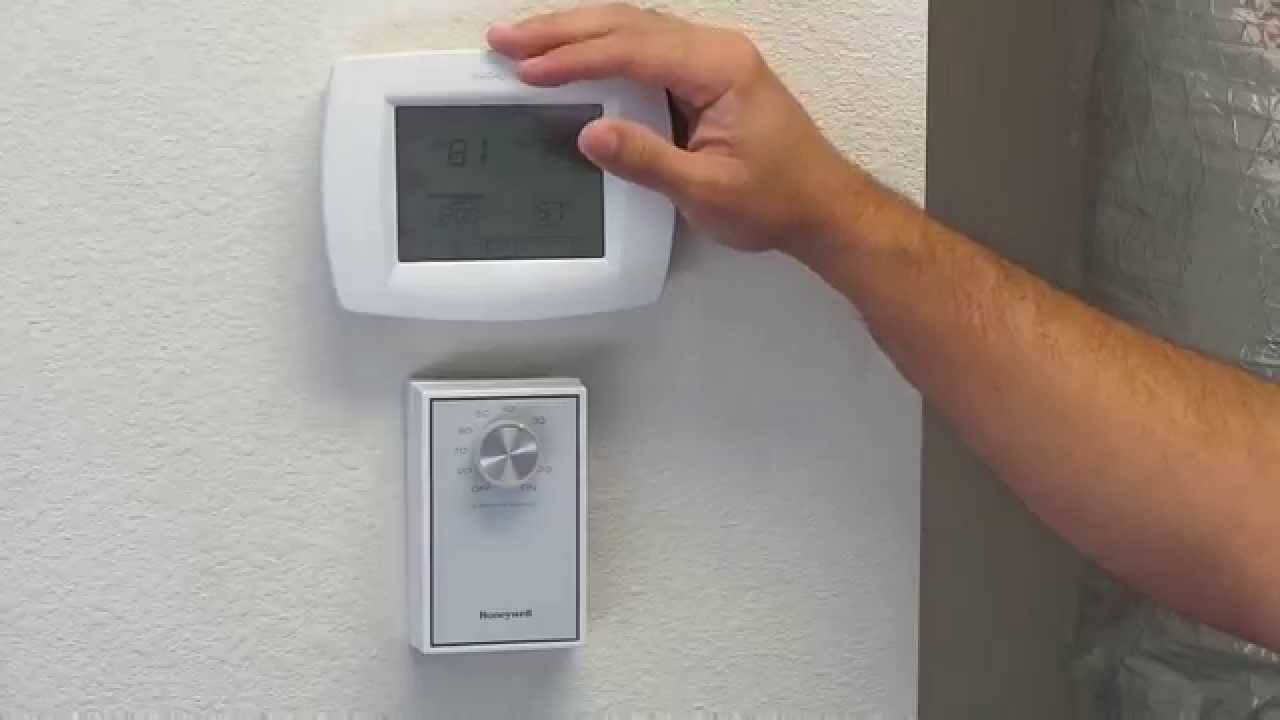 If you live in a dry climate, a humidistat is pretty straight forward; it just turns a humidifier on and off. That’s about as simple as it gets.

If you are in a humid climate, some people have taken to wiring in humidistats as dehumidistats to help control humidity when they are away.

The first thing that must be said is;

If you want to truly control humidity along with cooling for comfort get a system and thermostat that has that function. This setup won’t help with that.

The reason for this is simple…

These humidistats just open and close a switch and aren’t generally very accurate to boot. So the only reason to have one is so that the system will run based on humidity and NOT temperature during periods the customer is away.

This is why it is common to see these in second homes of snowbirds in Florida or people who travel a lot. The thinking is when you are away, you care about the humidity in the house and not the temperature which has a measure of truth to it… but often these controls cause more heartache than anything else due to common misunderstandings. 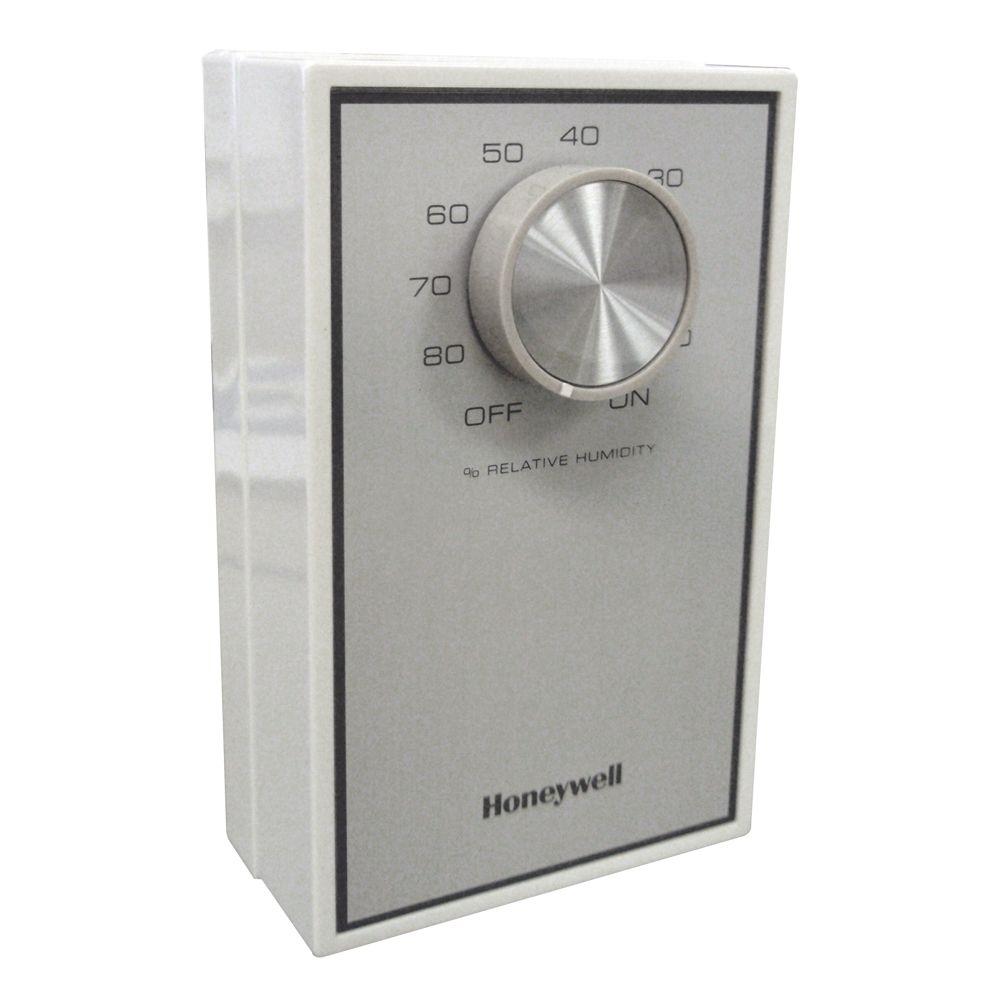 The most significant cause of misunderstanding is that they can be wired in two different ways:

Let’s look at each method and how to wire them and set them.

Open to prevent the system from running (Series)

If you wire it this way: 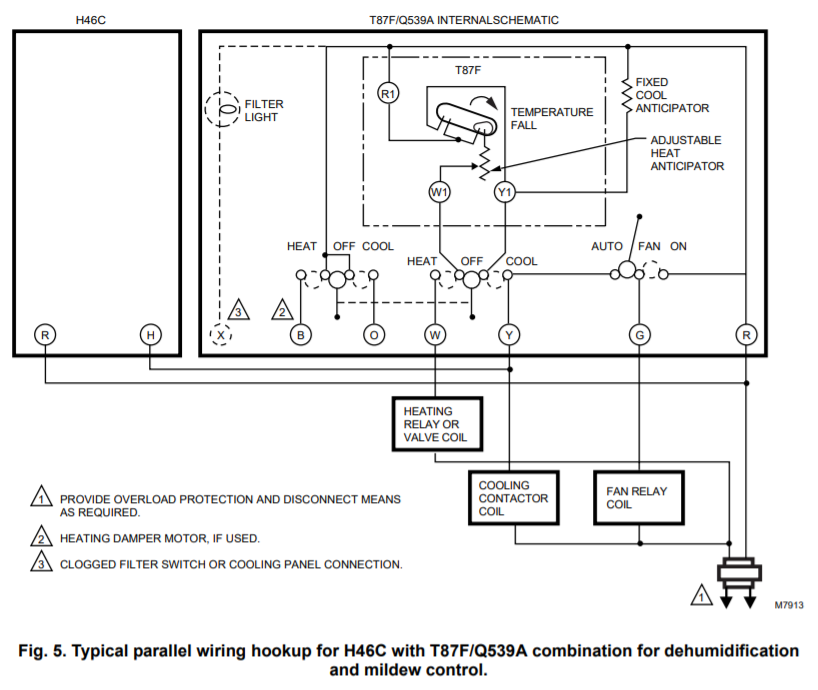 This method works on the idea of setting the thermostat on a high setting when you are away and allowing the dehumidistat to turn the system on and off in cooling mode.

First off, this strategy doesn’t work well on heat pumps though you could do it by adding a relay, and I’ve seen people wire it O to Y which really won’t work right in the heating mode because it will keep the system locked in cool by back-feeding O from Y.

So to be clear… I don’t like this way at all, but if you do wire it this way;

So there you have it – If you want humidity control while occupied get a thermostat and system that have the ability to control airflow and runtime based on humidity as a factor.

If you want the system to run primarily based on humidity during away periods this can be done as shown above.