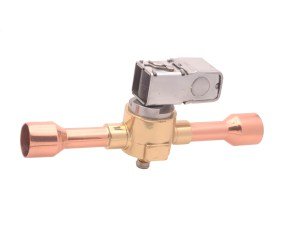 A Liquid Line Solenoid and What it Does

Depending on what segment of the business you are in and what area of the country you work, you either work on pump down solenoid systems all the time or YOU HAVE NO CLUE what they are.

A liquid line solenoid is just a valve that opens and closes, it has a magnetic coil and depending on whether the valve is normally open or normally closed it opens or closes when the coil is energized.

If you work on refrigeration or straight cool units up north, you are likely very well acquainted with “pump down” solenoids. If you do residential HVAC in the south you may have never seen one.

You know that you pump down a system by closing the liquid line? That’s all a pump down solenoid does. It closes when the system is running causing the system to pump all of the refrigerant into the condenser and receiver (if there is one).

The trick is that in order for it pump down the compressor needs to be running  and then it needs to SHUT OFF once it is done pumping down. This means to need a good, quality, properly set low-pressure switch near the compressor to shut it off when the suction pressure gets low enough but not TOO low. The goal is to get all the liquid pumped into the condenser not to pump down to zero.

The other cool thing is you don’t need any Low voltage controls between the indoor and outdoor unit (in some cases). The solenoid is in the liquid line near the air handler inside, so by opening the valve the suction pressure increases and the compressor turns on and when it closes the compressor pumps down and shuts off.

Obviously, this would not work on a heat pump system because in heat mode it would attempt to pump down into the indoor coil which would not work. They also won’t work in most cases when you have complex or proprietary controls.

In some cases the liquid line solenoid is not used to “pump down”, it simply closes during the off cycle preventing refrigerant flow and migration in that way.

So… there are places where a liquid line solenoids make sense and applications where they don’t but they are fairly simple and easy to understand. 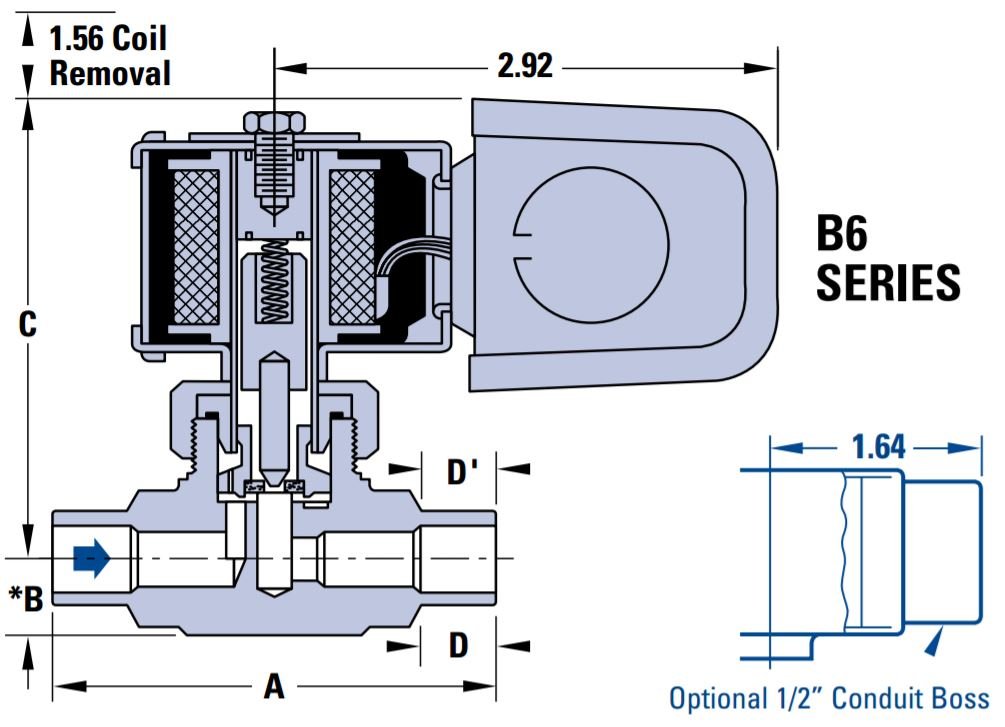 Do you know how a solenoid valve works?

On the surface, I think we all understand how a solenoid valve works.  The Coil energizes creating an electromagnet.   That temporary magnetism lifts an iron plunger within the valve itself allowing refrigerant to flow.

But…  is it really that simple?

Turns out, the answer isn’t as straightforward as you’d expect.

Direct acting solenoid valves have an inherent limitation.   If the force created by the fluid flowing through the valve that is acting on the iron plunger is enough to lift that plunger, then it isn’t going to close regardless of what the electromagnetic coil tries to tell it to do.   What this means is that direct acting solenoid valves are limited in size, and that size is pretty small.

So, how can we control the fluid flow in larger lines with solenoid valves?

We start to use the pressure within the system to actually force the valve closed.

These are called pilot operated or pilot actuated valves   The direct acting solenoid doesn’t try to control the entire flow, it only acts to control a small portion of the fluid which acts on a diaphragm or other device to open and close the valve.

Let’s see if we can start to understand how these valves work in practice.

Ok.   Refrigerant flowing through an energized solenoid.   Now, the coil de-energizes causing the iron plunger to drop and seal a tiny port.  What this does it stop a small amount of flow from inlet to outlet, preventing that small flow from leaving the valve body.    That small port being blocked causes pressure to build on top of the diaphragm or valve seat disc, forcing it down to seal the valve.    The small iron plunger and spring don’t have the force required to force the valve closed but, by utilizing system pressure, we have a much larger amount of force available.

In truth, the large majority of solenoid valves a technician sees are pilot operated valves.