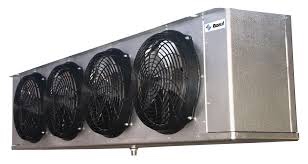 We have discussed DTD (Design Temperature Difference) quite a bit for air conditioning applications, but what about refrigeration? Let’s start by defining our terms again

Many A/C techs will confuse TD with Delta T. Delta T is the difference between the evaporator AIR temperature entering the coil to the air temperature leaving the coil. The Delta T will vary based on the humidity in the box where TD will not.

Refrigeration equipment is unlike HVAC equipment in that the evaporator will spend most of its life running in a very stable environment with minimal fluctuation in the box temperature.

On occasion a refrigeration system will see a huge change in load in cases where it was off and needs to “pull down” the temperature, or when doors are left open or when a large quantity of warm product is placed in the box. When a piece of refrigeration equipment is in hot pull down it cannot be expected to abide by the typical DTD or superheat rules and must be allowed to get near the design box temperature before fine adjustments are made to the charge, TXV superheat settings or to the EPR (Evaporator Pressure Regulator) if there is one.

In air conditioning applications a 35°F DTD is a good guideline for systems that run 400 CFM(679.6 m3/h) of air per ton of cooling (12,000 btu/hr). In refrigeration the DTD is much lower than in air conditioning.

There are several reasons for this but one big reason is the desire to maintain relatively high relative humidity levels in refrigeration to keep from drying out and damaging product. Keep in mind that NOTHING is a substitute from manufacturer’s data but here are some good DTD guidelines for traditional / older refrigeration equipment. Keep in min dthat the trend is toward lower evaporator TD on newer equipment.

You then subtract the DTD from your box temperature / return temperature to calculate your target suction saturation. You can then use this target saturation / DTD and compare it to your actual measured saturation and DT once the box is within 5°F – 10°F(2.75°K – 5.5°K) of it’s target temperature to help you set your charge, TXV and EPR as well as diagnose potential airflow issues when compared with suction superheat and subcooling / clear site glass.

Clearly, this is NOT the way to commision a new piece of equipment or to benchmark a system you haven’t worked on before, but it can give you a quick glimpse at the operation of a piece of refrigeration equipment without attaching gauges, especially on critically charged or sealed systems.

The best practice is to know the equipment you are working on, read up on it and properly log benchmark data the first time you work on a piece of equipment or during commissioning.

It should also be noted as Jeremy Smith pointed out, in recent years TD’s have been decreasing as manufacturers seek higher efficiency through higher suction and lower compression ratios.

This means that TD’s as low as 5 can be designed into some units but keep in mind… the suction line can still be no warmer than the box so as DTD drops so does superheat and the critical nature of expansion valve operation.