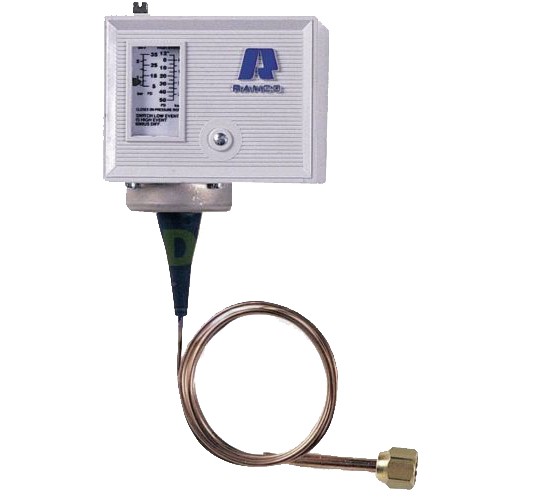 A while back I had a tech who was having some trouble finding a 35 PSI(2.41 bar) make on fall pressure switch. In the catalog, one adjustable switch said (SPDT) but he didn’t quite understand what that meant. In that case, it means single pole, double throw, and the “double throw” part means that the switch has terminals in both the close on rise and close on fall directions. Another common example of this sort of switch is a “3-way” light switch.

A single pole, single throw (SPST) switch is like a typical light switch. It only has one path (pole) and it is only closed or open.

A double pole singe throw (DPST) switch that is quite common is a 2-pole contactor. It has two switches but they only open and close in one direction.

A common double pole, double throw (DPDT) switch in HVACR is the 90-340 relay (and many other relays), where it has two circuits and they alternate between closed and open terminals.