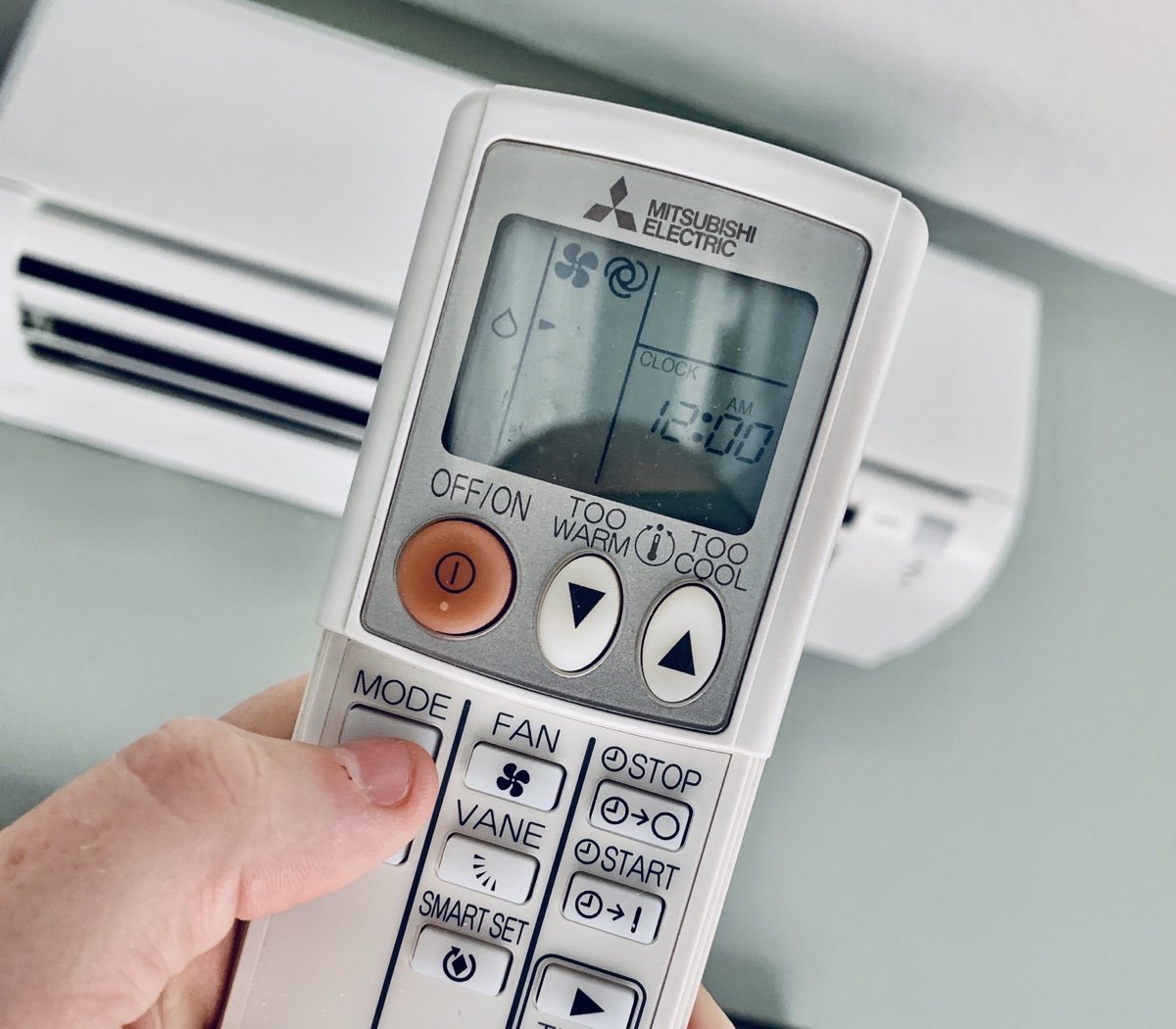 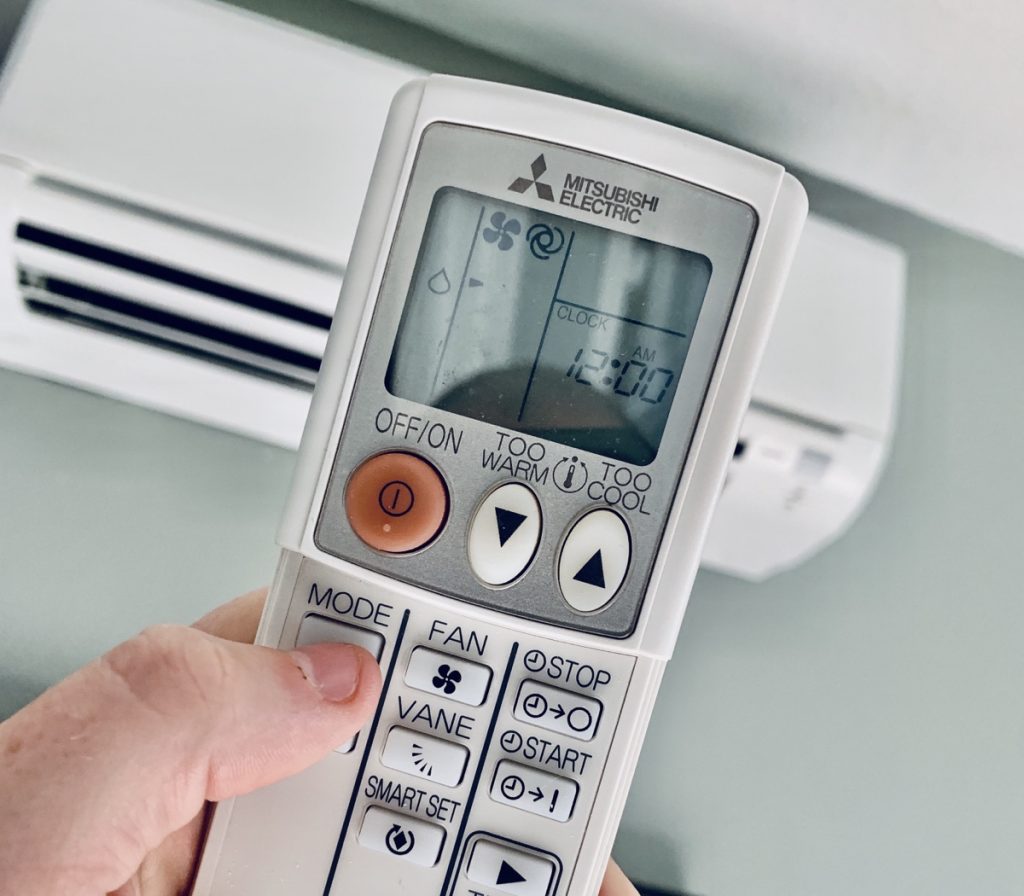 This tech tip was a COMMENT on a facebook question about how ductless systems achieve some of their high-efficiency numbers at the expense of dehumidification.

This was the question –

Bryan Orr mentioned that multi-stage mini splits often do very little latent cooling (dehumidification) because on low speed the manufacturers all “let the evaporator float, which makes it much warmer”. Can someone explain that? What does it mean to let the evaporator “float”? What’s the alternative?

One of my friends is a tech named Joel Becker who happens to be an insanely smart and detailed guy. He tackled the question with so much detail that I asked if I could make it a tech tip. He agreed and here is his comment… which I find to be spot on. Enjoy.

Evaporator coils do two things to refrigerant: First, all the refrigerant boils to a vapor, then it gets superheated (heated above boiling).

Evaporator coils also do two things to what we call “air”, which is actually a gas-vapor mixture that includes water vapor. The coil removes sensible heat from the air (lowers the temperature), and also changes the phase of water vapor from the air to liquid. To state this in simple terms, it cools and dehumidifies. As the temperature of the coil drops, the difference between the surface temperature of the evaporator coil and the dew point of the air through the coil increases, and more water vapor from the air condenses on the coil. This “latent” heat removal takes away from the “sensible” capacity of the system to cool air. In A/C system expanded performance specifications, the “sensible ratio” shows how much heat will be used for each of these separate functions under various conditions of outdoor air temperature, indoor air temperature, indoor air humidity, and evaporator airflow rates.

Refrigerant enters the coil at a rate controlled by a metering device, and its pressure is controlled so that its boiling point is below the temperature of the air. If we reduce the refrigerant flow into the coil by closing the metering device but keep everything else the same, then the compressor suction will pull the pressure of the coil down lower. This results in a lower boiling point for the refrigerant entering the coil, and a lower surface temperature of the “active” portion of the coil. However, the coil is now “oversized,” so we’re not using much of it to boil refrigerant; the majority of the coil is now being used to superheat the vapor refrigerant after it has completely boiled off. At this point, if dehumidification is the priority, we can slow airflow down enough to reduce superheat and keep a greater portion of the coil colder. Again, the goal is to have a large surface area that is significantly lower than the dew point of the air (without dropping below 0° C/32° F). This all results in a big difference in pressure between the discharge and suction gas at the compressor (compression ratio.)

Since the priorities of regulators and consumers seem to be exclusively revolving around high efficiency, manufacturers respond by creating products that have a super high SEER/EER. Low compression ratios are mainly how these high ratings are achieved. Equipment is designed with large coils outside to transfer more heat and boil more refrigerant with the refrigerant condensing at a lower pressure and temperature, and larger coils indoors where refrigerant is boiled off starting from a higher pressure and temperature. Especially in “VRF” systems including residential mini-splits, where all the fans are variable, the refrigerant metering to the indoor coil is variable, and the compressor speed is variable, the SEER rating gets sky-high because of how they behave with a call for cooling under low load conditions. The outdoor coil pressure (compressor discharge pressure) is maintained just high enough for a small volume of refrigerant to condense, and the evaporator coil pressure (compressor suction pressure) is maintained so that refrigerant boils off at a temperature just lower than the air entering the coil. This rise in evaporator (suction) pressure is what Bryan is referring to as “floating.” This all works great in Arizona, but if you still need some dehumidification, you’re kinda out of luck. No part of the evaporator coil surface area is at a temperature far enough below the dew point of the entering air to condense any water vapor from the air; the system is operating very efficiently at a sensible ratio of 1.

There are a few different ways to fix this. The most economical, I would think, would be to set the equipment up with a “dry mode” that keeps the compressor speed/compression ratio up, the coil/suction pressure/refrigerant saturation temperature aka boiling point, and indoor fan speed low, but turn the fan up as needed to maintain temperature set point. The regular “cool mode” could stay the same as it is now, so their sky-high SEER rating wouldn’t be affected. This is not how the typical “dry mode” works on most mini-split systems. Daikin has a system with a subcooling coil inside that provides reheat, and it can maintain a narrow temperature and humidity range, but that’s expensive and I think usually unnecessary.

The other issue that comes into play often at least in my experience in the residential market is that 9000 btus/hr or 3/4 ton is still the smallest 1:1 system available, which in the 90s was the right size for a fairly small room. Under current codes, it is the right size for typically a very large area. We often install a 9K system in a room where the load is 2500-5000 btus/hr, so these are always going to run way below full speed and usually do absolutely no dehumidification. Again, fancy and expensive dehumidification features like the subcooling coil in the Daikin probably wouldn’t be necessary in some applications if we could just get a system that was sized closer to the load.