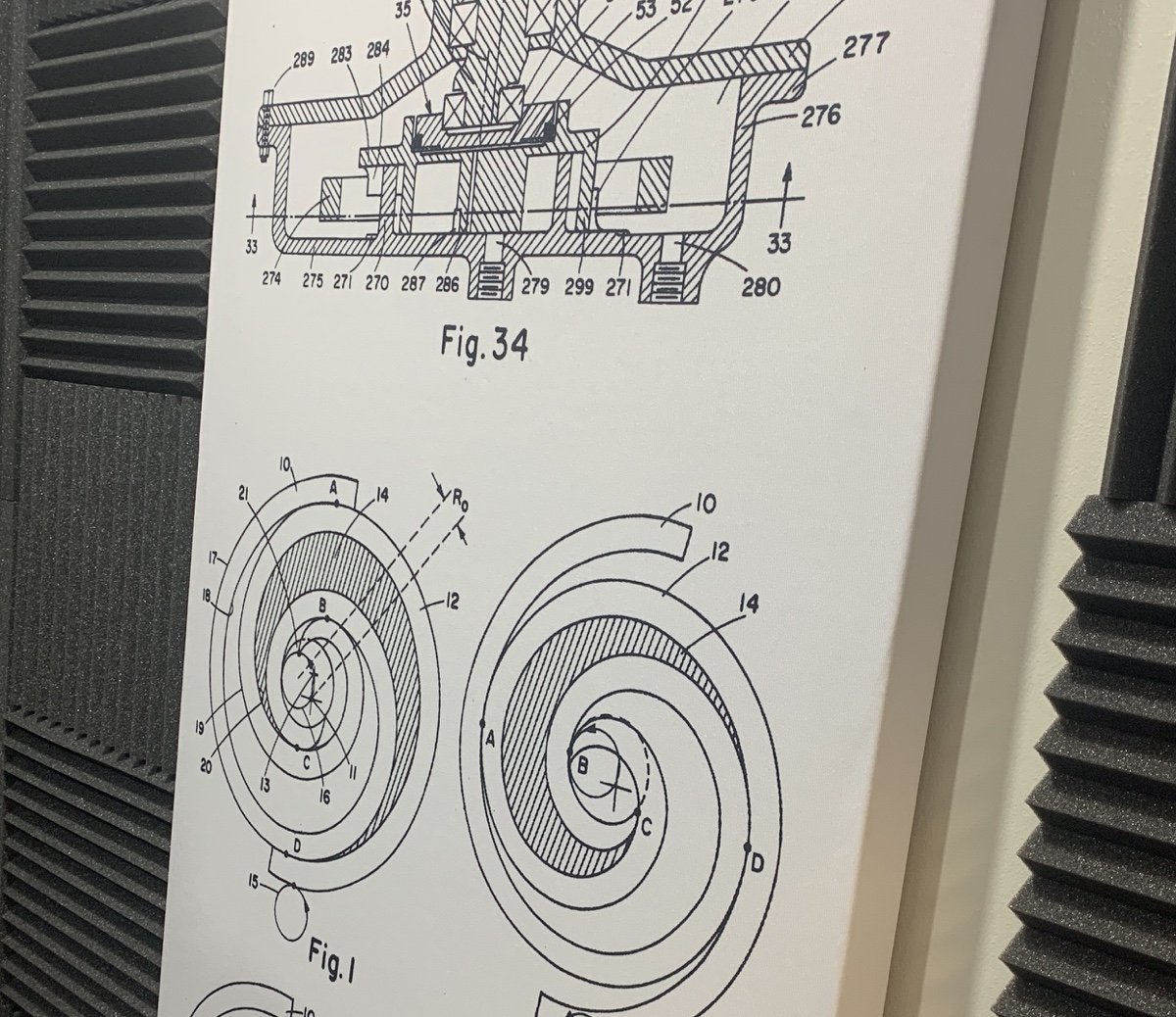 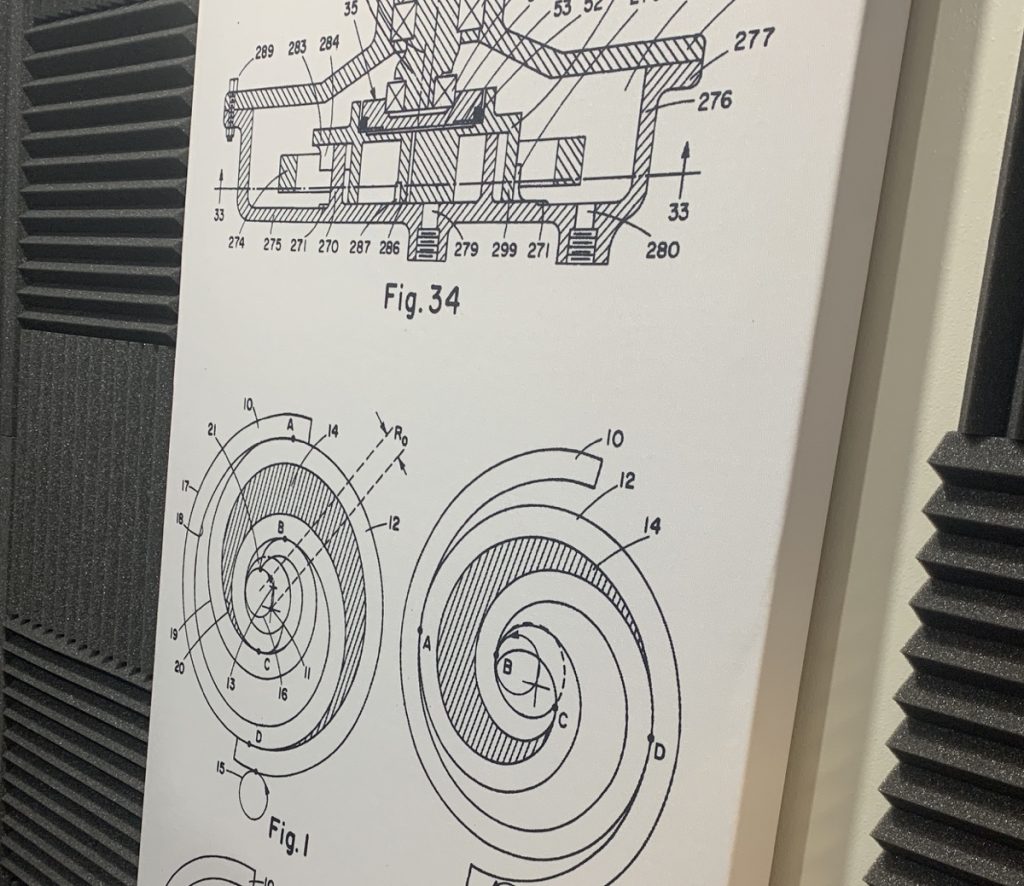 In order to wrap my head around diagnostic issues it really helps me to engage in thought experiments where I think of more extreme examples of an issue or situation or consider the ideal in order to find the “edges” of a concept. Once I find the edges of the extreme then I can begin to sort down to a more exact conclusion.

First, don’t get overwhelmed by the phrase “mass flow” I’m not going to start in with confusing words and fancy math. As techs we rarely need to do advanced calculations anyway, it’s more about understanding relationships between factors or IFTTT (If this then that). If this thing occurs or I change this what happens to that.

Mass flow just means how much fluid is moving over a a given amount of time. The “stuff” in this case is refrigerant and the mass measurement is generally lbs in the USA and the rate could be minutes, seconds or hours.

Our goal with a compressor is to move as many lbs of refrigerant, as quickly as possibly with the minimal amount of watts in energy used in order to move the greatest # of btus/hr we can … pretty straight forward so far.

So let’s imagine an old single speed, single stage reciprocating compressor with no unloading. It’s compressing refrigerant with a constant volume in the cylinder that goes from its largest cylinder capacity at the bottom of the down stroke (suction stroke) to its minimum capacity at the top of the up stroke (discharge stroke). This variation in volume in the cylinder as the pistons actively move and down is what creates the pressure differential between the high side and the low side and this pressure difference is what allows the refrigerant to move through the circuit.

The answer is absolutely NO

We actually want the minimum pressure differential we can get away with while still accomplishing the task of maintaining an evaporator (or evaporators in the case of multi-circuit systems) at the desired temperature and (nearly) full of boiling refrigerant.

The reason we want lower pressure differential has to do with mass flow rate, if the compressor has a fixed volume in the cylinders and the pistons are pumping away at the same speed then that part of the equation is fairly fixed. The only way to increase the amount of refrigerant being moved by the compressor is to

#1 – Increase the density of the refrigerant

#2 – Reduce the amount or re-expansion waste in the cylinder

#3 – Reduce the pressure to overcome in the discharge

Think of this like an old PSC blower motor on undersized duct work. When the static pressure on the return increases the amount of air being moved decreases because the density of the air is decreased. The blower is still spinning the same speed (on a PSC), heck, it may even be spinning faster due to the motor experiencing less resistance, but the airflow decreases. This happens not becasue the motor is doing anything different, it moves less air mass becasue the air is less dense entering the blower and therefore you are moving less air.

Now let’s move to the second part which is re-expansion and this one applies more to reciprocating compressors where there is a clear compression and expansion stroke vs. a scroll , rotary or screw where the compression is essentially a continuous cycle.

Imagine a compressor sitting in a room with no tubing connected just pumping air. The compressor would be pulling from 14.7 PSIA and discharging into 14.7 PSIA (atmospheric air pressure at sea level). When the piston draws down it would pull in air and fill up and then as the piston pushes up it would start to discharge air out of the cylinder really quickly in the up stroke because the only thing pushing against the discharge is 14.7 PSIA and therefore the highest pressure that would build up inside the compressor is slightly more than 14.7 for it to overcome the pressure of the discharge valve and push out into the air.

If that same compressor were pumped into a chamber where the pressure built up to 200 PSIA what would change?

The compressor would move less air even if  the suction was still left open to atmosphere (and therefore the same air density) because now the discharge valves wouldn’t open until the pressure in the cylinder went above 200 psi meaning that the effective stroke would be reduced due to the pressure being pushed against (#3 on the list above). It would also need to pull down further to re-expand the gas left over in the cylinder to below 14.7 PSIA for more air to enter the cylinder again.

In a scroll, rotary or screw there isn’t valves and cylinders in the same way but the amount of refrigerant being moved is still impacted by changes in suction density (suction pressure) and the pressure exiting the compressor… in other words the COMPRESSION RATIO.

Have you ever noticed that the BTU ratings on compressors have dropped over the last 10 years as units become more efficient? Where a 3-ton unit may have previously had a compressor with a 36 in nomenclature for a nominal three tons you may now find it has closer to 30 or even less.

You may also notice that high efficiency systems often have larger condensing coils and larger evaporators which bring the head pressure and therefore the condensing temperature closer to the outdoor temp and the evaporators are also running a higher temperature bringing up the suction pressure. Manufacturers are increasing how much refrigerant the compressor can move (mass flow rate) by bringing the design head pressure down and the design suction suction pressure up. They can then afford to downsize the compressor achieving the same capacity with less input watts also known as greater energy efficiency.

What happens if we change compressor capacity on the fly?

For years in residential and light commercial we’ve been used to fairly fixed compressor volume flow rates but nowadays we see many different types of multi-stage and variable capacity technologies from a simple dual capacity unloading scroll to a digital scroll all the way to variable frequency, variable speed scroll compressors. These compressors have their “rated” capacity which is the state at which they are tested for bench-marking against other units. They can then reduce their capacity below their rating and some can every produce a higher capacity then their rating.

Lets imagine a theoretical 4-ton rated unit with a compressor that can ramp down to 2-tons or it ramp up to 5-tons.

What that means in practice is that the compressor is capable of moving an amount refrigerant consistent with two tons of capacity up to a mass flow that can produce 5-tons of capacity at the same rated conditions.

Now think about how a system responds when the compressor isn’t pumping properly. It is almost exactly the same as the low stage / low mass flow example listed above with the exception of the efficiency.  When we have lower mass flow than rated these are symptoms we will see whether it is by design or due to a failure.

In practice these variable capacity systems will often be matched with a variable speed blower and a wide range TXV or EEV so that the coil temperature and feeding can adjust with the change in mass flow to help mitigate some of the negative effects of staging down.

There are come interesting things that can be done with modern controls and variable mass flow compressors. One example is Bosch branded condensing units that vary the compressor mass flow to set a fixed evaporator temperature, effectively adjusting the capacity to match the load on the evaporator coil. Another is Carrier Greenspeed heat pumps that ramp the compressors up during heat mode to drive up the pressure on both coils to increase the heat produced inside and reduce defrost requirements.