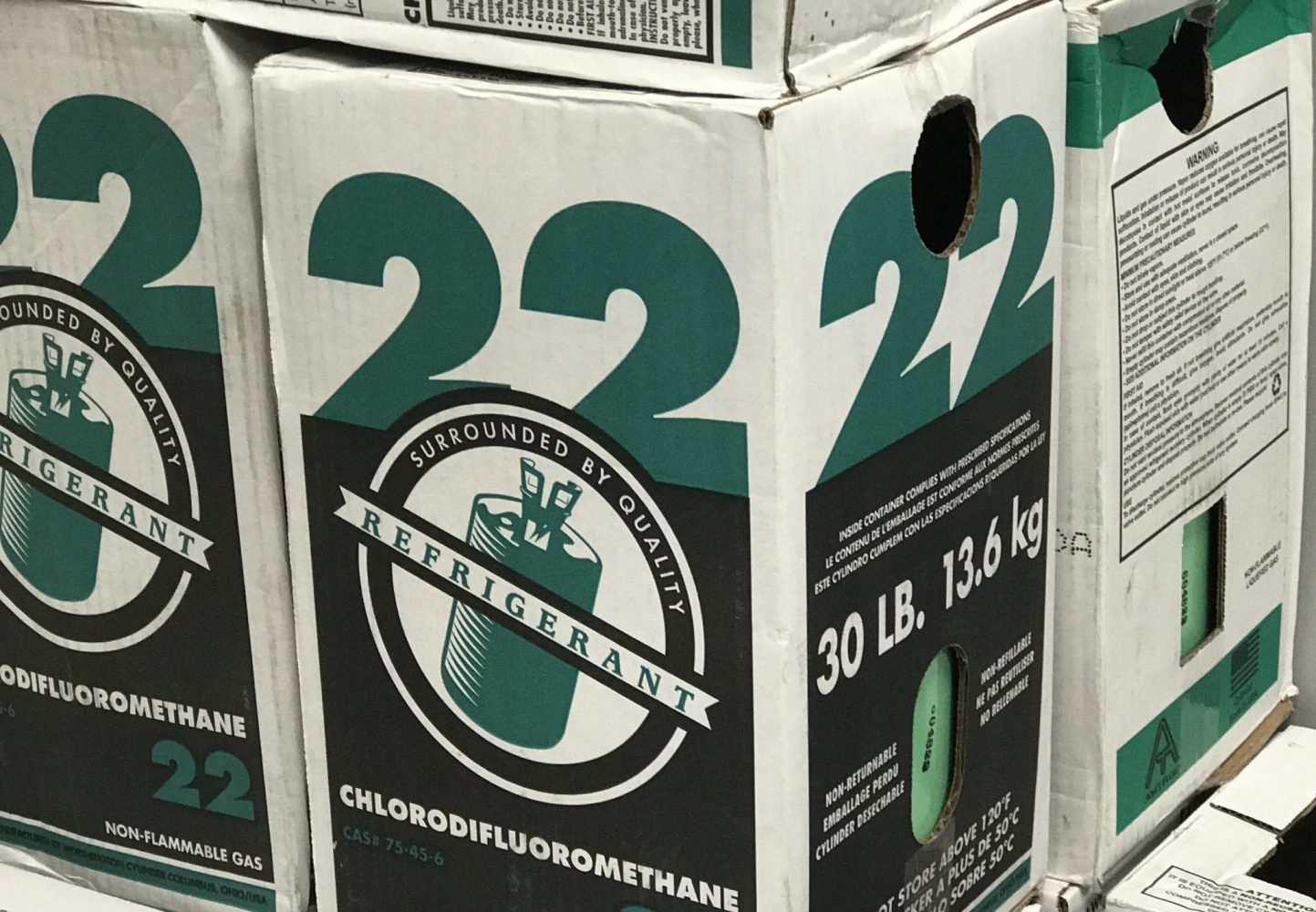 No, Recharging R22 Isn’t “Illegal” in the US

If you remember my recent article on the company who went to my friend’s house for a PM and did nothing but leave a system quote.

Well, it got worse…

My friend Josh left them D rated review on a popular review site and the owner of the company responded with… an apology? A bottle of wine?

They responded with threats. Threats that they are going to report Josh and us to the EPA because we added 1/2lb of R22 to the system.

Before you get the wrong idea. I would never condone “gas and go” behavior. In this case, the unit was about 3 degrees of subcool low and we weighed in 1/2 lb and performed an electronic leak check. We found the TINIEST of hits on the evaporator in the fin pack and we instructed Josh of his options.

Sometimes a system needs to be recharged to get the customer cooling or because the leak is very small and the customer chooses not to repair it at that time.

In systems containing UNDER 50 LBS of refrigerant, this is not against EPA regulations.

I’m not sure where people get this from, other than THIS which applies only to systems over 50 lbs and even then, some recharging is allowed.

By all means, know and follow the EPA regulations, perform proper leak detection, give the customer all their options but leave off the high and mighty scare tactics.

P.S. – Now with the recent EPA press release it looks like all bets may be off with R410a and other HFC refrigerants as well, but as of now it’s in the proposal stage.