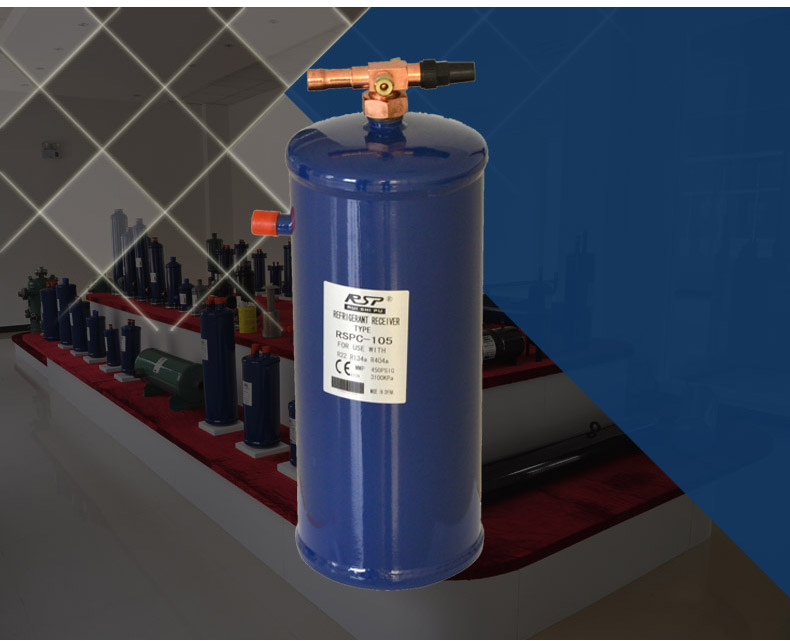 The receiver is also often called a “liquid receiver” and you will see it on everything from small self-contained refrigeration units to very large commercial and industrial systems.

The liquid receiver stores refrigerant when the system is operating at less than maximum heat load and is generally designed so that receiver can hold all of the system charges and still be no more than 80% full. This allows you to pump down the entire system charge into the receiver without danger of creating hydrostatic pressure (very high pressures resulting from full liquid expansion) in the receiver.

The multi-position service valve at the outlet of the receiver is called a “king valve” and can be used for refrigerant circuit access as well as fully front seated (turned clockwise) for pump down.