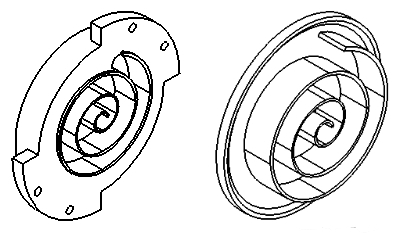 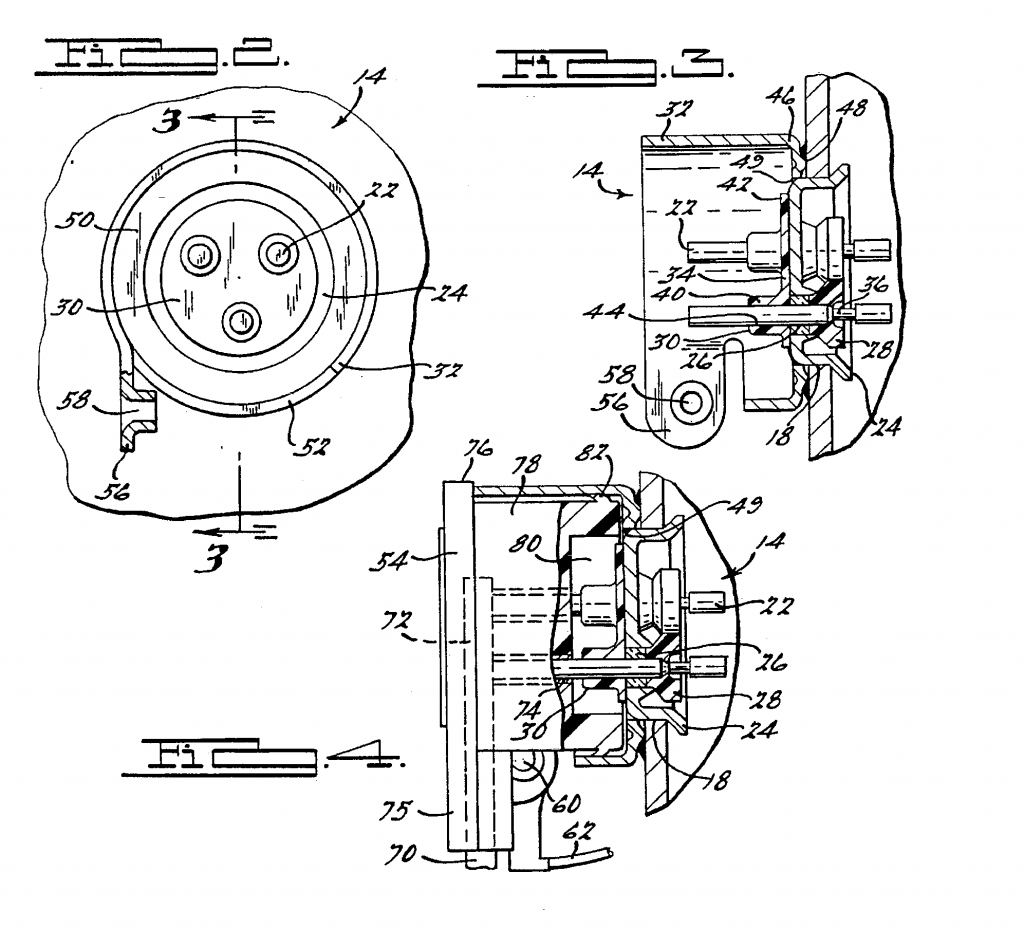 This tip will be like an episode of Columbo, we will start with the what and who and then get to the why.

These points have been confirmed with Copeland (Emerson) as being on the naughty list this Christmas.

A scroll is like any other compressor in that it has a motor and a compression chamber “hermetically” sealed inside the shell. There are many differences between a scroll and a reciprocating compressor but let’s focus on the few that are pertinent to this conversation (or at least the pertinent ones I can think of).

The motor being located at the bottom is the biggest thing. Copeland states in bulletin AE4-1294 that megohm readings as low as 0.5 megohms to ground are acceptable. Besides that fact that this makes a scroll difficult to successfully meg (essentially impossible with a tool like the Supco M500 because it only reads down to 20 Mohms) it is a clear indication that a scroll compressor is running tighter resistance tolerances and a higher risk of internal arcing due to many factors. Another thing to consider is the scroll will read lower ohms to ground when it is cold than when it is running due to higher refrigerant/oil density at lower temperature and of course you are generally doing a meg test when a scroll has been off…. so that makes it tricky.

Some of the factors that can decrease resistance further and lead to problems are:

All of this to point out that tolerances are tight in a scroll to begin with.. add in some extra nastiness and you are at risk.

First, many scroll compressors won’t even allow you to pump them down into a vacuum. Either they are equipped with a low pressure cut out or some sort of low pressure / low compression bypass like shown in this USPTO drawing 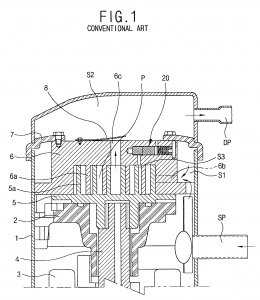 For example, in Copeland AE4-1303 it states “Copeland Scroll compressors incorporate internal low vacuum protection and will stop pumping (unload) when the pressure ratio exceeds approximately 10:1. There is an audible increase in sound when the scrolls start unloading.’ This is to prevent the compressor from pulling down into a vacuum.

In addition to that, there are lots of threats and warnings about running a scroll while it is in a vacuum, as in if you had just evacuated the system and then accidentally turned the system on. Which is a bad idea on any compressor, but worse on a scroll.

The totally obvious reason is that the compressor itself isn’t designed to run in a vacuum and it will overheat as well as fail to lubricate properly, but that isn’t the only reason or even the primary reason. All of the literature mentions arcing and I spoke to more than one tech rep who mentioned the “fusite” plug arcing or being damaged.

First, Fusite is a brand name and one of the companies in the Emerson family. So when we say “fusite” we are using a ubiquitous term for a sealed glass to metal compressor terminal feed through. There are many different types and designs of Fusite terminal just as there are many different types and designs of compressor. There are scroll compressors that use them, there are reciprocating compressors that use them, the ice cream truck that plays that obnoxious music driving through your neighborhood probably has one…. on the refrigeration compressor. Do certain fusite terminals short out more easily than others? I’m sure some are more susceptible than others. Is that what is going in here… maybe.. but if so it’s only part of the story.

It’s about to get really nerdy here so if you don’t care just stop reading and go back to the very beginning, memorize the 4 points and move on with your life.

I can’t do that… because I’m broken.

Why is vacuum an issue? Isn’t vacuum the absence of matter and isn’t matter required for electrons to arc from one surface (cathode) to the other surface (anode)?

The answer is not really simple AT ALL but the summary is that under certain circumstances vacuum increases the likelihood of arcing and scroll compressor terminals inside the compressor happen to be one of those circumstances.

First thing to remember is that while electrons do travel through matter, electromagnetic fields do not require matter to exist and in either case.. we are incapable of achieving a perfect vacuum so no matter how deep we pull a vacuum, some molecules are still present.

I’ve heard some techs attribute this to the corona discharge effect which can occur due to the ionization of particles around a high voltage conductor. I really don’t see this as being the answer both because the voltages applied are not THAT high and corona discharge is not an arc or a short in the traditional sense, just a “loss” to the environment around the conductor and a pretty cool looking light (as well a decent Mexican beer).

My opinion (and this is an opinion, not a proven fact) is that the arcing is due to something called field electron emissions which can result in insulator breakdown in vacuum conditions (NASA has to deal with it all the time in space because space is a vacuum ).

The conclusion is that while this phenomenon can happen in ANY compressor, it is made more likely in a scroll due to tighter tolerence and “motor down” configuration. This means that doing a high voltage meg test, or any running/meg testing under vacuum is a bad idea.

If you want to read more about Fusite, Copeland scroll compressors and a great overall guide that includes evacuation procedures just click the links.