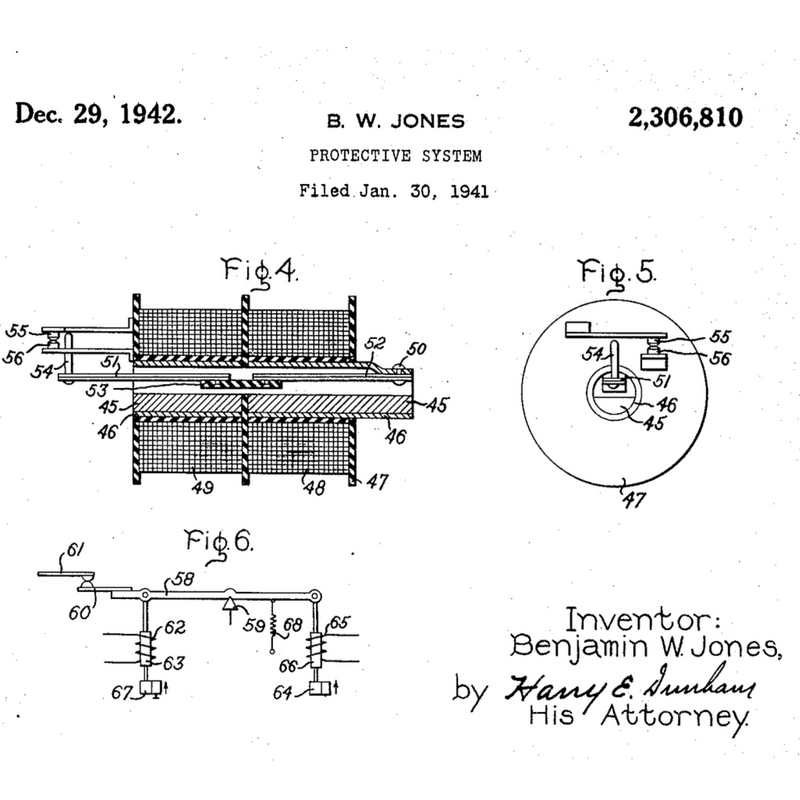 The point of this article is to give you a full understanding of the role fuses, overloads and circuit breakers play in the protection of HVAC/R equipment. If you skim read or jump to conclusions you will be tempted to argue. Be patient, if you want to understand you will need to read all the way through and possibly even watch the videos at the end. This topic is WIDELY misunderstood so the odds are when you first read it you may think I’m crazy. Do your own detailed research once you get to the end if you still dispute what is contained here.

There are a few topics in HVAC/R that get widely confused and result in a lot of misinformation because of the similarity of the concepts. If you have two terms that have SIMILAR meaning but get used interchangeably you can come to completely logical sounding (though totally incorrect) conclusions.

In the same way, I often hear people say something is “shorted” and what they really mean is it’s not working, or something inexplicable is happening. So let’s define some terms starting with one of the most often confused. Here is the dictionary definition.

In a device, an electrical circuit of lower resistance than that of a normal circuit, typically resulting from the unintended contact of components and consequent accidental diversion of the current.

When a professional uses the term short or short circuit, they can mean an electrical path with lower than designed resistance or they can also mean any unintended path.
For example, if two conductors in a cable are compromised and touching one another a tech will often say they are shorted even if there is not a low resistance overall in the circuit.
Because of this the term “Short” has become a broad term and must be used carefully.

Place too much a load on

Pretty simple, when you put too much load in the bed of your truck it bottoms out, when you place too much load on an electrical circuit or device, it fails. In the case of a conductor, this load is in the form of amperage, more amperage than designed and the conductor will fail due to overheating.

This is why a compressor with failing bearings will draw higher amperage, the motor slips due to the additional mechanical load, this drops the impedance (resistance) in the motor windings, resulting in higher amperage.

The momentary, usually accidental, connection of a current carrying conductor to ground or other point of differing potential

A ground fault occurs when an electrical conductor or device that is electrically charged comes in direct contact to ground, a grounded assembly or substance, usually resulting in large current spikes until either a protection device opens the circuit or the circuit itself fails open (breaks) due to heat.

I say USUALLY  because there are cases when a ground fault may exist with no spike in amperage, such as when you are using an ungrounded, two-prong appliance like a hair dryer or an old drill (or a drill that you cut off the ground plug in order to use on a two prong cord). If the internal windings on the device short to the casing there will be no path from the casing to the ground unless something else makes a path, like say , YOUR BODY. Then when your hand touches the drill casing and connects to ground, some current will leak to ground through the very high resistance load that is your flesh and organs. The circuit will not “overload” because it will not be drawing abnormally high amps but you may still die from the incident. This is why ground fault circuit interrupters (GFCI) are used in some high-risk applications, to break the circuit when a ground fault exists, even if that ground fault does not result in an overcurrent condition.

Over-current protection can be used as a broad term that can include circuit breakers, fuses, etc… basically anything that prevents a current from rising above a predetermined value. It CAN be a pretty broad term in some circles, HOWEVER, in the electrical community when overcurrent protection is used it is generally referring to short circuit or ground fault conditions.

Any condition that results in quick, massive spikes in current is addressed by overcurrent protection. If you want to argue read THIS from Siemens.

Overload protection deals with higher current resultant from too much current being pulled by a load. When the compressor goes out on overload after one second because it is locked, that is an example of overload.

When a condenser fan goes off after running with a blade that it has too steep of a pitch, that is an example of overload. Overload in a motor is dealt with by the overload in the motor, not by the overcurrent protection/circuit breaker/fuses.  In the case of motor loads specifically, if the overload were to fail, the overcurrent protection would usually break the circuit eventually, but that is not it’s primary design function in most cases. Again, read THIS from Siemens if you are getting riled up at this point.

When a manufacturer writes their system specs and prints their equipment labels they use guidelines provided by the National Electrical Code (NEC) and they refer to articles 430 and 440 of the code to calculate the required minimum conductor size and maximum overcurrent size.  This is how they come up with the MOCP, or Max Breaker / Fuse size and the MCA or minimum circuit ampacity/conductor size required.

On this system it is perfectly acceptable by the National Electrical Code and the manufacturer to run #10 wire and a 40 amp breaker so long as the wire run is a properly rated copper conductor under 70 feet (on this specific unit because of spec shown above). Wire length has an impact on voltage drop which is only addressed as a suggestion in the code but is clearly laid out by the manufacturer either directly or based on the minimum voltage if you do a voltage drop calculation. In this case, the voltage must by 197v or above

Now.. If you would like, you are allowed to put in a lower rated breaker than the max so long as you don’t go below the MCA rating because the breaker itself also needs to be able to handle the rated capacity. Just be aware that the lower you go the more likely you will be to have nuisance tripping.

You can also install larger wire if you like, just be aware that in some cases the equipment lugs may not be rated to hold/connect the larger wire. Also, keep in mind that you must also upsize the grounding conductor when arbitrarily upsizing the current carrying conductors.

If you would like some more discussion on the topic you can see the three videos I did on this HERE, HERE , HERE and HERE

Finally, before you start leaving comments about what is written, please see the two videos below. If you watch these videos, read the reference material and STILL think that what I’m saying is false in some way, feel free to join in the conversation.

P.S.- Mike Holt (shown below) is a friend of mine and considered the authority on NEC and electrical training in the US.