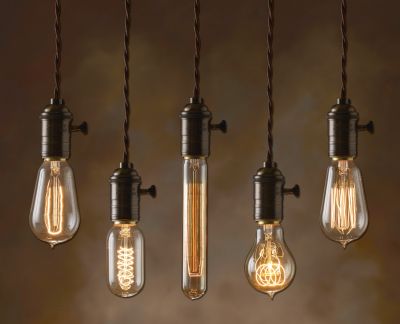 The Unexpected Result of Series Circuits

We do this exercise when I teach electrical basics where we sit down and connect a 10 watt bulb to a power supply and through a switch. A SUPER SIMPLE circuit, the kind you might have learned about in high school science class.

But then I grab another 10 watt bulb and tell them to connect it in line with the other 10 Watt bulb (series circuit) and BEFORE they can turn the switch on I ask them a series of questions.

Before we move on, I want you to make your choice.

So everyone makes their choice.. we turn on the switch…

AND THE MAJORITY OF THE CLASS IS WRONG

The bulbs combined are half as bright, using half the amps and thus half the watts. On my quizzes this is an area where experienced techs and electricians will even get frustrated “If you have X2 10 Watt bulbs that is 20 watts” they will say.

The science is actually really simple. In a light bulb, they may be stamped with a rating wattage but that wattage is just a rated wattage when the full rated voltage is applied. The constant in a light bulb is the resistance in Ohms, not the wattage. When you double the resistance of a circuit by adding in another 10 watt bulb in series you are cutting the amperage in half and therefore also cutting the wattage of the circuit in half.

an electrical circuit is a path between two points that have a difference in electrical potential (Voltage) the amperage (and by extension the wattage) is a function of the total resistance of that circuit between those points. If the resistance goes up, the amperage goes down and vice versa. It doesn’t matter if that resistance is added by a bulb, resistor, thermistor, pitted contactor points, motors etc…

Now when we mix in inductive reactance in motors and other inductive loads that resistance is bit less cut and dry to understand… but we will save that for another tip.