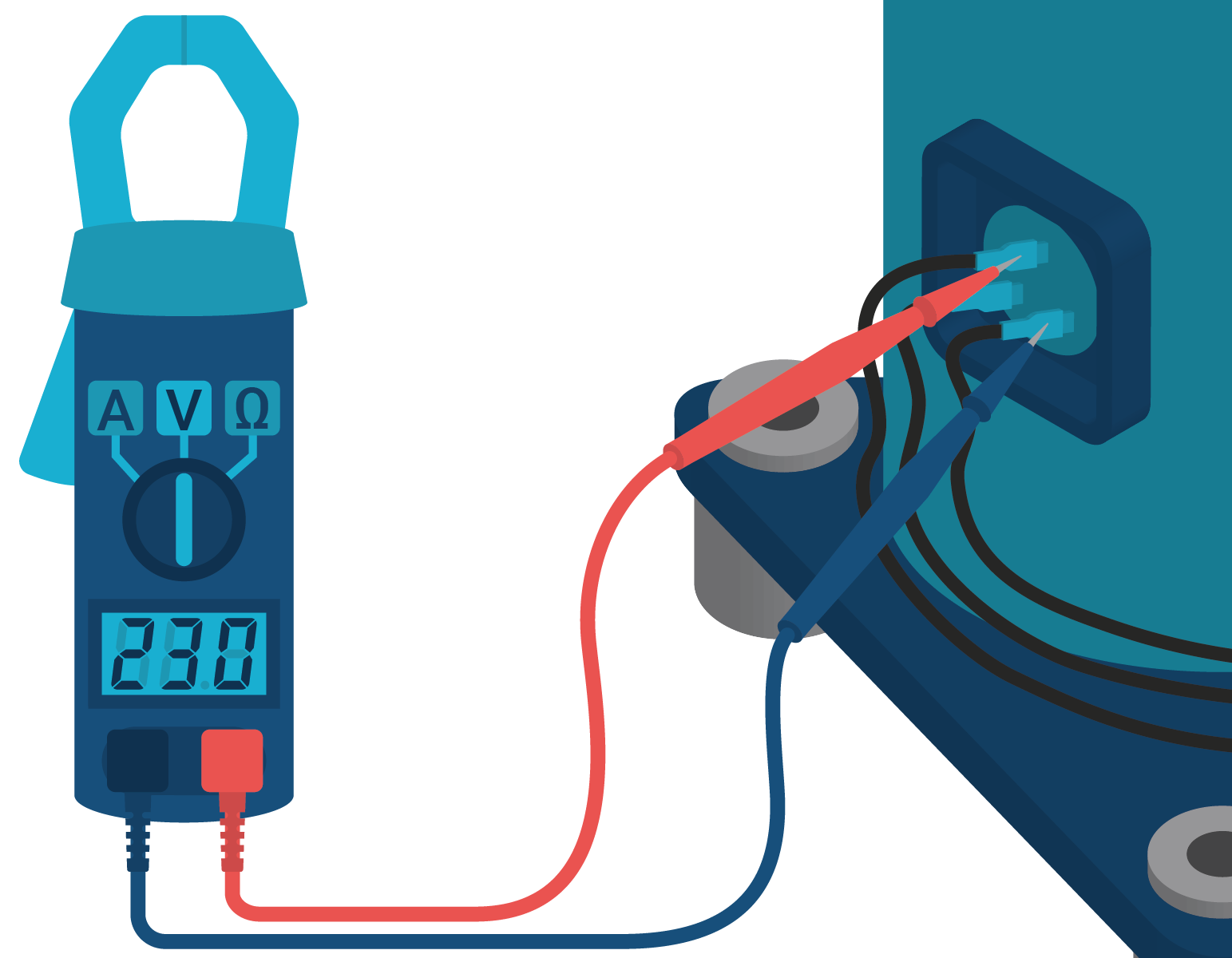 I’m only joking, of course. Finding the difference between 208 and 240v power supplies may sound quite simple, but there are some pretty sharp fundamental differences.

Apart from the obvious differences in overall voltage, 208 and 240v power supplies use the electrical company’s power differently and the motors see different sine waveforms. The potential across these waveforms varies, which is where we get the different voltages from. We also tend to use 240v power in residential applications, while we use 208v in light commercial applications.

This article will go over the differences between single- or split-phase 240v motors and 208v ones. It will also discuss the applications of each power source type and why it may not be a good idea to use 208v motors for 240v applications.

Before we dive into the differences between voltage types, we should probably talk about the way we visualize voltage and how it relates to motor movement.

As you know, electric motors rotate in a circular motion. We don’t view the corresponding voltage as a circle, though. We visualize and map voltage patterns as sines, which are wavy lines that rise and fall at a regular rate on a chart.

A sine wave takes the rotation of a circle (in degrees) and compares it to unit time. Look at the picture below.

As you can see, the sine wave “rolls out” the circle by plotting the changes in its degrees as time progresses. When the motor rotates 30° from a starting point of 0°, you can see that rise on the sinusoidal waveform. The sine wave peaks at 90°, as that’s the highest point on the rotation. It also bottoms out at 270°, which is the lowest point. You can see all of those on the left circle.

Each power leg has its own sinusoidal waveform, and that’s where you will see the differences between 240v single-phase motors and 208v motors.

We sometimes use the terms single-phase and split-phase interchangeably, and it can be confusing. Although they roughly mean the same thing, they sound a bit contradictory, so we’ll explain the names.

“Phase” refers to the use of the original power from the utility. The power company offers three legs of power, so a single-phase system only derives its power from one of those legs.

We also refer to single-phase power as split-phase power because they split into two separate, opposing phases. If you look at a waveform, you’ll notice that there are three lines: two opposite sines and one flat line. The flat line is the center tap, and the sines are the split phases.

The split phases are 180° directly out of phase and always have directly opposing values. If you think about our earlier circle, 90° and 270° are 180° apart from each other, and they are the peak and trough of the wave, respectively. Therefore, when one of those split phases reaches its highest point, the other phase will bottom out. However, they cross once they reach the zero point (on the center tap). That’s because 0° and 180° are on the same horizontal line in a circle. You can see all of this in action below.

Single- and split-phase motors are usually 240v or 230v. Some split-phase power sources may be 220v, 120v, 115v, and so on, but higher-voltage applications are more common nowadays. You’ll probably see 240v the most often, but you may see some even higher voltages, like 245v or 246v.

As you could probably assume, power sources with 208 volts are NOT really single-phase. They require two legs of power from the power utility, whereas 240v motors and appliances only use one.

You will commonly see 208v present in three-phase buildings when “single-phase” equipment (like an AC condenser) is wired to two legs of three-phase wye power.

Here’s where some people get confused: if a split-phase motor splits a single power source into two 120v phases, then shouldn’t a motor that uses two legs of 3-phase power also equal 240v?

Remember when I said that the sine waves of split-phase motors are 180° out of phase? The power legs of 208v motors are actually 120° out of phase. The distance between the sine waves isn’t totally opposite. They can’t reach their full potential if they don’t directly oppose each other, and the voltage is lower overall as a result.

You can especially see this when you look at a graph. The sine waves look more like they wind around each other, not cross over a fixed center point. The maximum potential between the points is lower overall. You can see this in the image below.

You may notice that some single-phase motors are rated for 208/230v. So, it may seem as though the motor will find ways to make up for the lower voltage. That’s not quite how these motors work. You’ll see some differences in performance if you use a 230v motor for a 208v application, even if it’s rated for both.

You can’t expect the same degree of performance when you use 208v on 230v (or higher) applications. For example, when you use a 208v motor in a residential condensing unit that typically requires 230v, the unit won’t run at its full capacity.

Some people say that you can expect a higher current when you use 208v in place of 230v, but that’s quite rare. The motors don’t magically makeup in current what is lost in voltage, even if it might make sense to see higher current from the rated watts or horsepower. Instead, when a typical 208/230v motor is connected to 208v, it usually slips more and runs at a lower output than on 230v or 240v. This results in lower wattage used at a lower efficiency, which adds up to few BTUs produced.

230/208v  also have a harder time starting up, and they may produce a problematic voltage drop more often when connected to 208v. Voltage drop usually isn’t an issue for split-phase 240v systems. However, on 208v, the motors start with lower voltage. Therefore, the same amount of drop will have a greater effect on the system.

In short, just because a 208v motor may be designed to run on 230v or 240v systems by using two power legs from the utility source, that doesn’t mean that it will provide the same output efficiency.  You will see differences in performance if you try to use 208v when 240v is typically required.