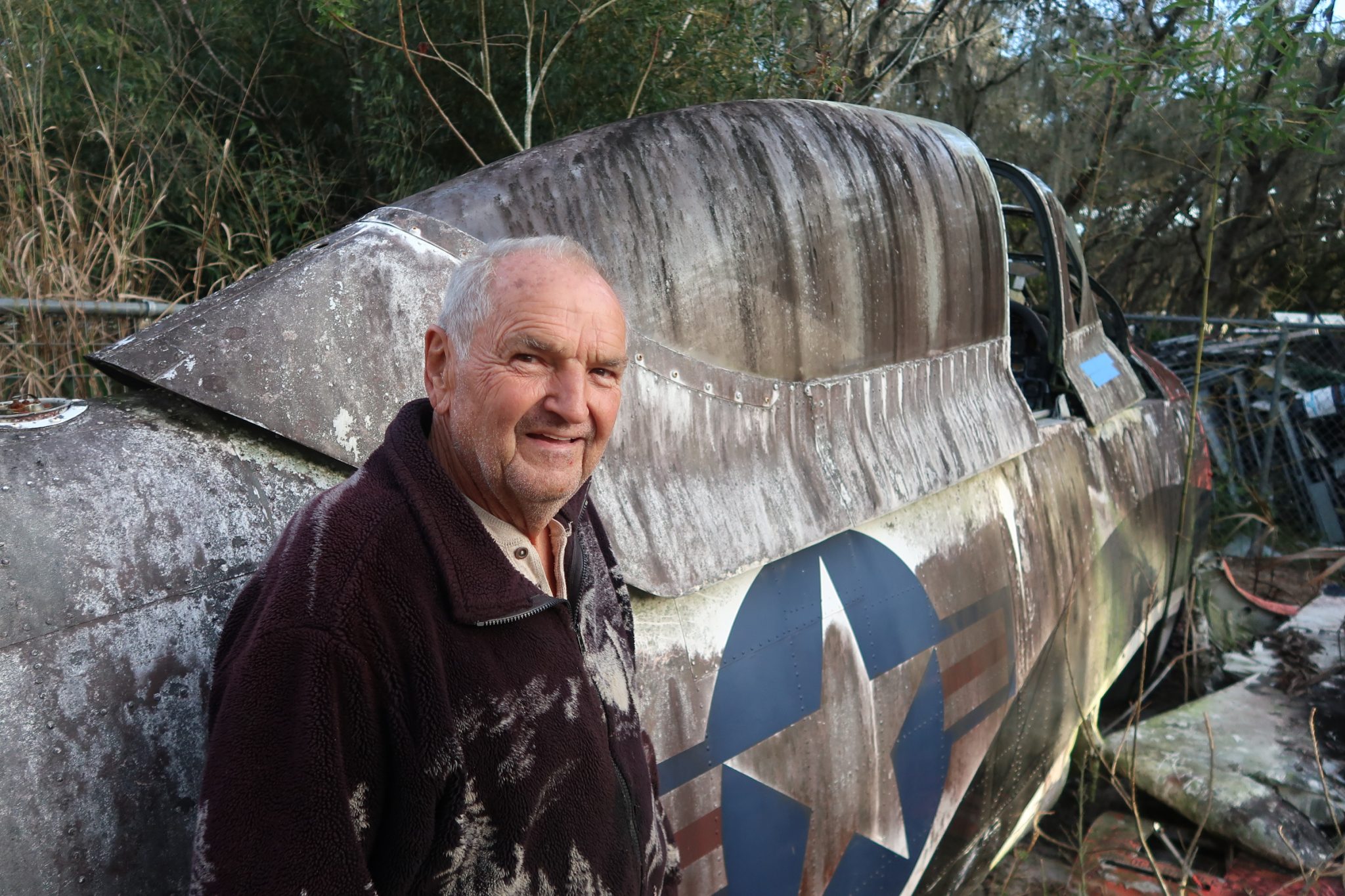 How to Use the Progress Ratchet

Do you remember the first time you used a ratchet? Neither do I… but I DO remember the context where I first used one.

In order to understand my story with ratchets, I need to introduce you to my grandpa Don, the man who I have always called “Papa”.

My grandpa has done so many jobs in his life that even he can’t remember them all in one sitting. When I ask him to give a chronological list he always stops and goes as he’s remembering

For as long as I’ve been alive he has been in the aircraft salvage business, buying or storing wrecked aircraft as well as dismantling them and selling the parts.

Don is a tool guy, but not in an organized or thoughtful way. He buys tools like crazy and throws them all over when done with them. Even today if you walk into his aircraft hangar that doubles as our metal shop you will find mounds of tools piled here and there.

An ironworking machine covered in dust in one corner, a big bead blaster in the other, a cardboard baler abandoned against one wall.

All of these tools bought for a purpose, but likely never used as much as he initially thought they would but don’t let the mess fool you… he knows what’s there, and we all turn to him when we need a complicated problem solved… even today.

My grandpa isn’t an organized person, he’s never set foot in a board room or given a powerpoint presentation but he has always charted his own course and owned his own choices one day at a time. At his core, he is a problem solver and there isn’t a thing he wants to do that won’t get done.

When I was a kid I would come to the hangar every day and listen to the men tell stories about aircraft and complain about the government. I would do little jobs like sort bolts, shred paper or bead blast metal aircraft parts.

But every once in a while… my grandpa would lead me out to a wreck and have me remove some parts, and THIS is where I first got to use a ratchet.

The ratchets my Grandpa had were ALWAYS Snap-on and were smooth as butter to use. I remember the little micro-clicks as the gears worked and it was so fun to remove a bolt or nut from a tight spot, finally releasing an aircraft part so it could be cleaned up and resold.

I remember him showing me how to remove maintenance panels to reach parts that I had given up on or bolts I had missed. He showed me how sometimes you could only advance the ratchet one tiny click at a time…. but EVENTUALLY, that would be enough to get the job done.

What makes a ratchet handy is you can take a smaller range of motion and make use of forward progress in tightening or loosening.

With a ratchet, you don’t lose ground even when you change direction

This means you can keep working away at a problem even though half the time it seems like you are moving in the wrong direction, the ratchet only turns in the direction of progress even when you are turning it the opposite way and it DOESN’T LOSE GROUND.

You may have caught on but the ratchet is a metaphor for my grandpa’s life and the lives and careers of most successful people. You make progress forward for a time in one direction and then face a setback… when your life is a ratchet you don’t lose ground, you just get prepared for the next push forward.

The ratchet isn’t the solution to a problem itself, it represents a way of looking at problems where you may not always gain ground but you aren’t going to lose it so long as the ratchet is set to turn the right direction.

A handful of times my grandparents let me travel with them to pickup a wreck in another state. It was incredible pulling up to an aircraft with my grandparents and a few hours later having the wings off and everything loaded on a trailer… just the three of us.

All of it was done,  one bolt at a time.

This ratchet metaphor isn’t something I made up, I’ve read and heard it multiple times from business and marketing author Seth Godin.

He speaks of ratchets in culture, technology, engineering – with each new “click” of the ratchet being a significant innovation or shift that changes everything moving forward.

Every new advance in battery technology or processor speed, or engineering modeling software creates a new “index” in the societal ratchet gears that act as a starting point for each new innovation.

In other words, many advances in society are cumulative, you can’t go back to the “old way” even if you wanted to once efficiency and innovation have moved on.

This is an interesting concept, but I see ratchets as more applicable to you and my grandpa than to industry or society, at least when it comes to being useful.

I was speaking with Jim Bergmann on the phone today about some of the new features and interfaces he’s working on for MeasureQuick and though I’ve been planning to write this article for some time my conversation with him is what really got me to sit down and write it.

Jim’s mind and the progress he’s made on MeasureQuick is an example of a progress ratchet at work.

MeasureQuick is an accumulation of problem-solving knowledge over years and years of thinking and testing and calculation and recalculation and going back to the drawing board over and over again. In terms of a ratchet, Jim started in a really tight spot, without a lot of momentum where most people weren’t asking for what he was making.

It reminds me of this quote attributed to Henry Ford (whether he actually said it or not, who knows).

Many times working a ratchet mindset is foreign to others who think like a wrench. In the minds of many to solve a problem you push in one direction and stopping to back up is a sign of failure. If you don’t see the room to “swing the wrench” so to speak, many don’t start something in the first place. The pain of failure and the anxiety of uncertainty often loom too large for someone with a wrench mindset so they end up getting stuck or working on a completely different bolt.

When I think of my successes and failures as well as men I look up to like Jim, my Grandpa, my Dad, and many others I can see the resilience of the ratchet in all of them.

They often face problems. Sometimes there isn’t “room” to keep moving forward with the ratchet, but when you move back you lose no ground, you don’t concede defeat, you don’t allow progress to be lost even when you need to hit it from a new angle.

I hear from so many people who feel trapped in their job or career. Many of them ask me what to do next and sometimes I may have some advice. More often than not, that next step comes down to mindset and whether to think like a wrench or a ratchet.

A ratchet doesn’t need much space, jusssst enough to make one little click and some time…. and some patience… and next thing you know that aircraft is in pieces.