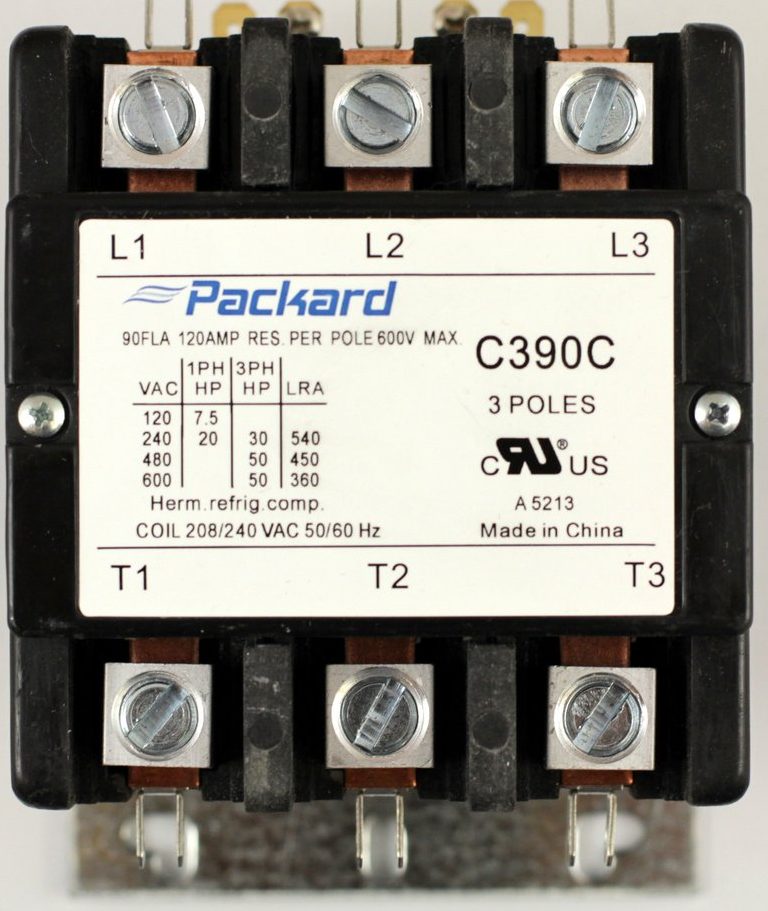 What does “RES” mean on a contactor or relay?

Look closely at a contactor on your truck and you may find some interesting ratings you never noticed. Things like terminal ambient temperature ratings and torque specs. One reading you may overlook is the RES AMPACITY of the contactor or relay. The RES rating is the RESISTIVE LOAD AMPACITY (amperage capacity) or rating.

Remember, a contactor and relay is both a switch (contacts) and a load (coil) that controls the switch (contacts). The FLA, RES and LRA are the ratings of the switch / contacts / points portion of the relay / contactor, not the coil portion. The coil is just rated for voltage and cycle rate (hz).

So what is the difference between an inductive and a resistive load?

An inductive load is a magnetic load that converts electrical energy into kinetic energy (motion) through electromagnetic force (magnetism). This would usually be motors and solenoids in HVAC/R, really anything where magnetism and motion are involved (Transformers and inductive rages being examples of induction WITHOUT motion for the purist).

An inductive load will experience a spike in current when voltage (potential) is first applied, this is called locked rotor amps (LRA) because it is the current a motor will draw when it starts up from a locked or stalled position.

A Resistive load is a load that converts electrical energy directly to light or heat as the electrons flow through a resistive conductive path. These would be things like heat strips, crankcase heaters and incandescent light bulbs. Resistive loads do not have any internal variation in load and the voltage and amperage are completely in phase. This means that when a contactor, switch or relay are controlling a resistive load there will be less load variation.

The conclusion is that often contactors and relays can handle a higher amperage across the contacts when the load is resistive (Light / Heat)  than when it is inductive (Motor / Motion).