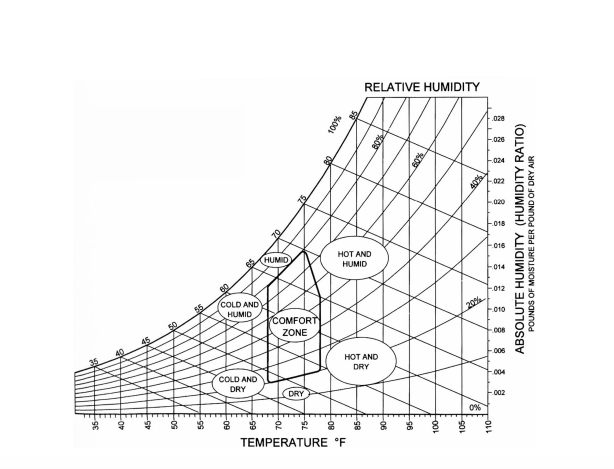 Every piece of air conditioning equipment is capable of moving a certain amount of heat BTUs (British Thermal Units) at set conditions. In most cases during the cooling mode, a portion of those BTUs will go toward changing the temperature of the air and a part will go towards changing vapor water in the air into water that collects on the evaporator and then drains out.

The BTUs that go towards changing the TEMPERATURE of the air are called SENSIBLE and the ones that go toward removing water from the air are called LATENT. The percentage of the capacity that goes toward sensible cooling at a given set of conditions for a given piece of equipment or space is called SENSIBLE HEAT RATIO (SHR). So a system that has an SHR 0f 0.70 and 30,000 Total BTUs of capacity at a set of conditions would produce 21,000 BTUs of sensible cooling and 9,000 BTUs of latent removal because 30,000 x 0.7 = 21,000 and the rest 30,000 x 0.3 = 9,000.

In the HVAC industry, there is a set of standard conditions used to compare one piece of equipment to another. When a system has an SHR rating listed it would often be at AHRI conditions unless the specs state otherwise.

When doing a load calculation a good designer will calculate and consider the internal and external latent and sensible loads and match up with equipment accordingly based not only on one set of design conditions but on the range of seasonal and occupant conditions that the structure is likely to experience based on the use, design and climate. By following ACCA (Manual J & S) and ASHRAE (62.2 & 62.1 for example) standards a designer will have guidelines to follow and this includes matching the space SHR to a piece of equipment that will make a good match at similar conditions. It does often need some digging into manufactures specs to interpret this data for the equipment.

In the example above from a Lennox unit, you can see that the SHR is listed and highly variable based on outdoor temperature, air flow setting as well as indoor wet bulb and dry bulb temperatures. In this example, you would need to multiply the total capacity x SHR to calculate the actual sensible and latent capacity.

This example from Carrier has no SHR listed, instead, it lists the specific sensible and total capacities. You can easily calculate the SHR by dividing the sensible capacity by the total capacity and the latent is simply the sensible subtracted from the total.

The cool thing is that this understanding can help both designers and commissioning technicians to match equipment properly and even make further adjustments using airflow to get a near perfect match which leads to lower power consumption, less short cycling and better humidity control.