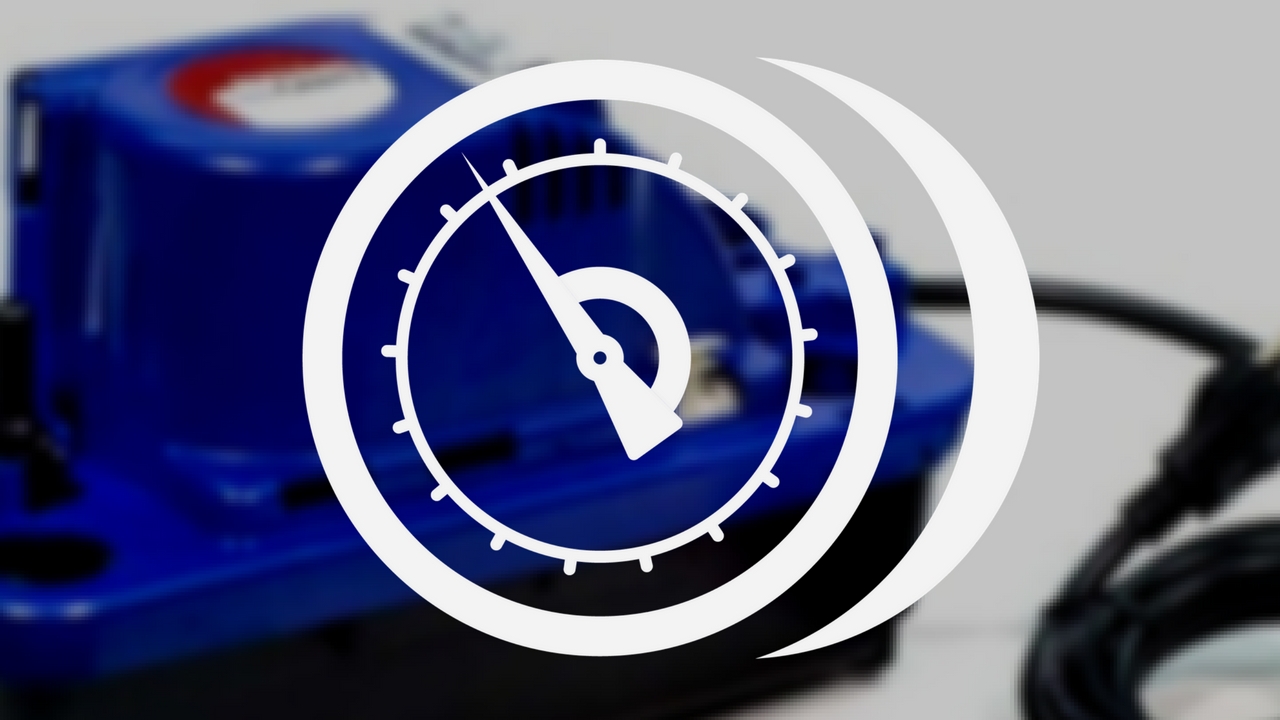 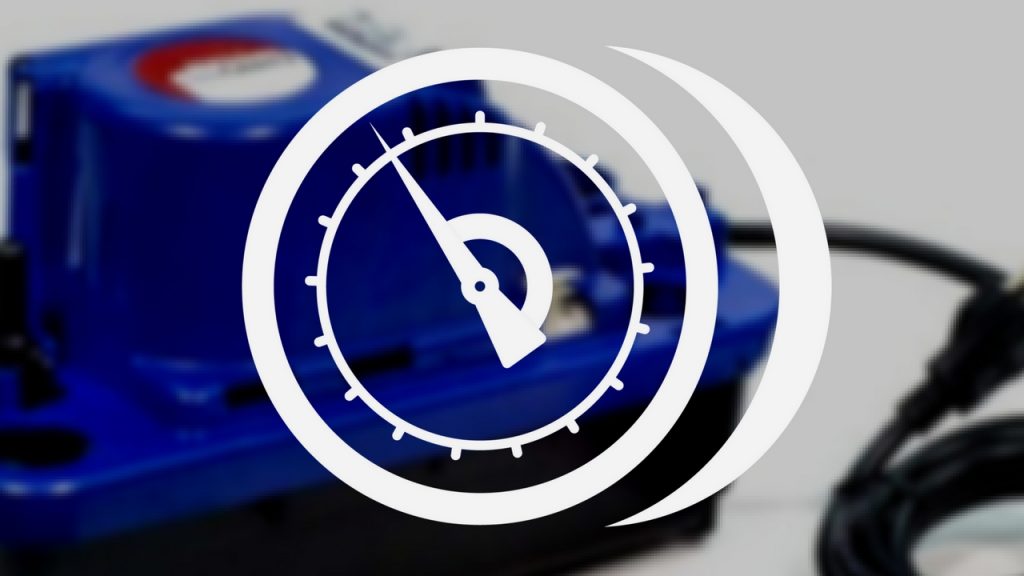 One of my techs (Jim Walch) mentioned to me that another common “double trap” style issue that comes up often is techs and installers running a drain too far into a condensate pump.

When you run the system drain too deep into the pump reservoir the water level can rise high enough to cover the drain end. This can create the same type of “airlock” you get with a double trap.

When draining into a condensate pump only extend the drain tube 1″ or so into the reservoir of the pump to prevent the water from rising and covering the end. Also, make sure to wire up the overflow switch on the pump in series with your system condensate switch so that whether the pump itself fails or the system drain pan has a blockage it will shut the system off.

Simple stuff, but it can prevent thousands of dollars in damage. 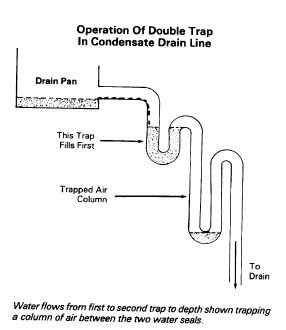 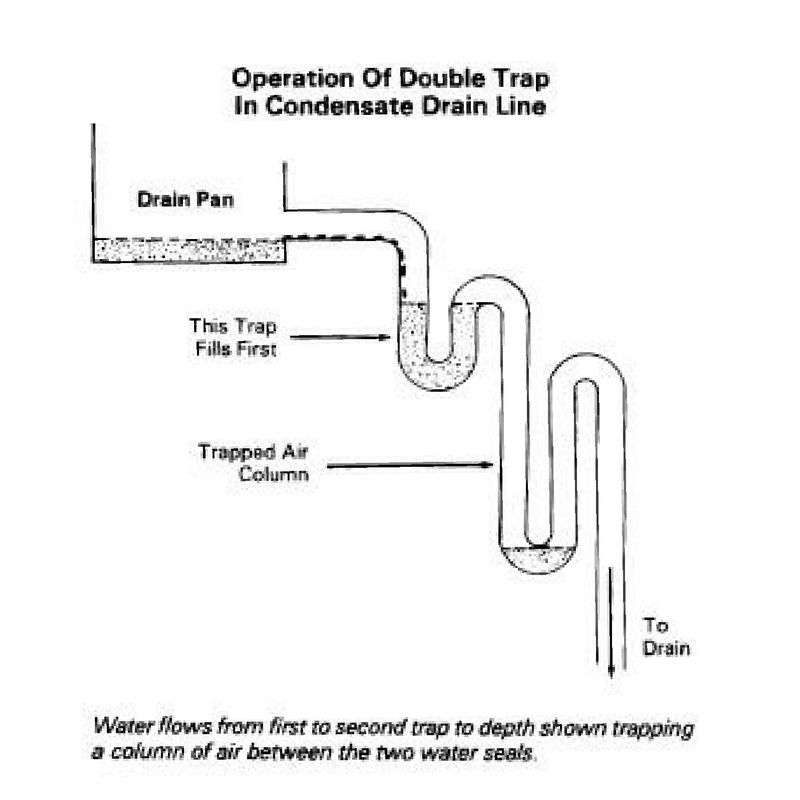 Double traps are no good. End of tip. Ok, here is some detail.

Anytime your drain goes up and down more than once you have a double trap UNLESS you place an air vent between the two traps that vents ABOVE the drain inlet.

The double trap causes drainage issues because air becomes trapped between the two traps and air is lighter than water. This causes the air to want to travel up as the water flows down resulting in NO DRAINAGE.

A vent allows the air to move instead of becoming trapped. This is why you vent a drain after the first trap if there is another trap or the potential of another trap.

This is also why you vent a drain after the first trap and before a common drain if you are connecting more than one drain. It helps prevent the possibility of a double trap and thus prevents a nasty backup.

In general just pitch the drain properly, install only one trap and don’t interconnect (unless required) and you will have no problem.