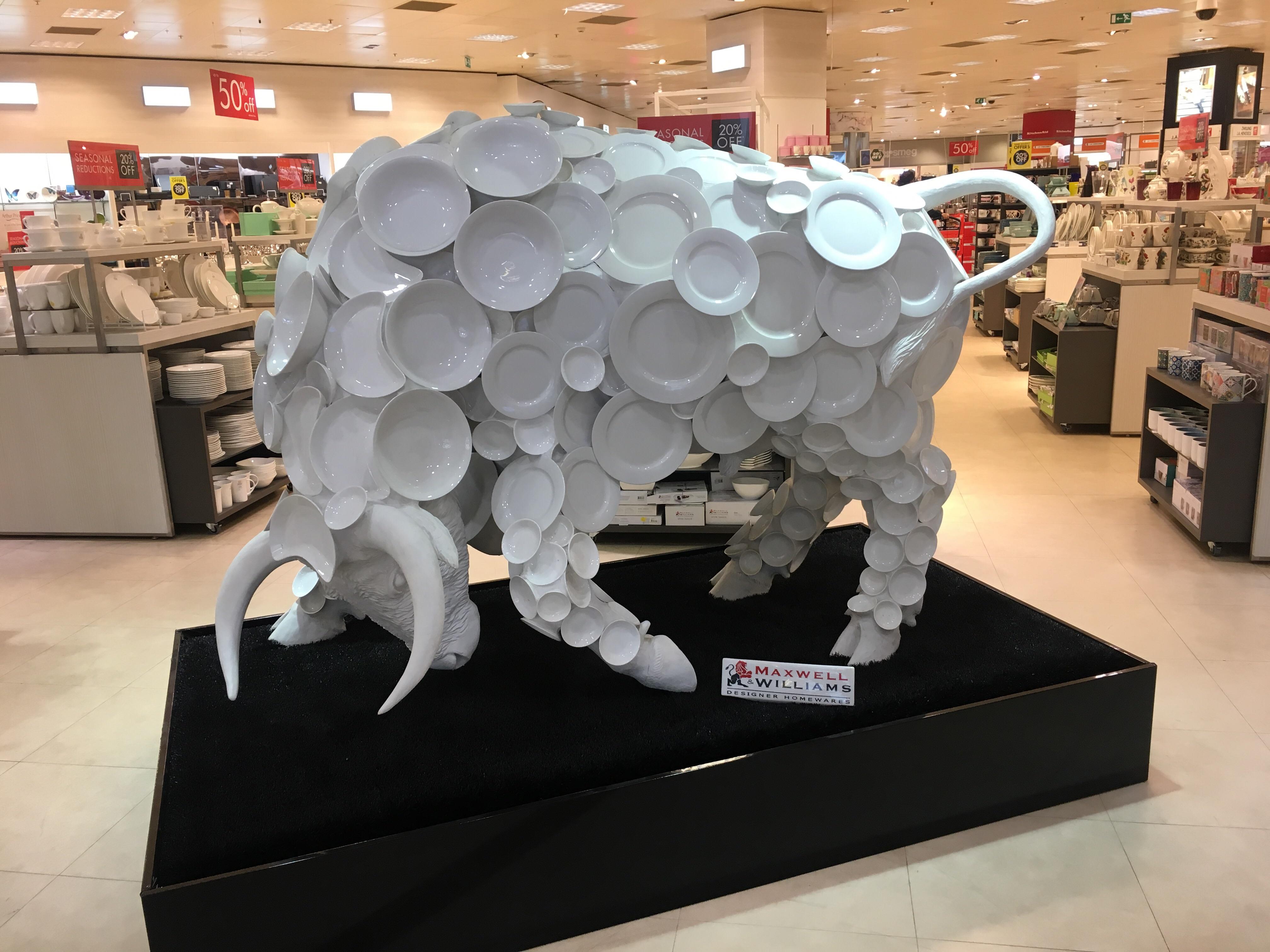 Like a Bull in China Shop – An Oversizing Story 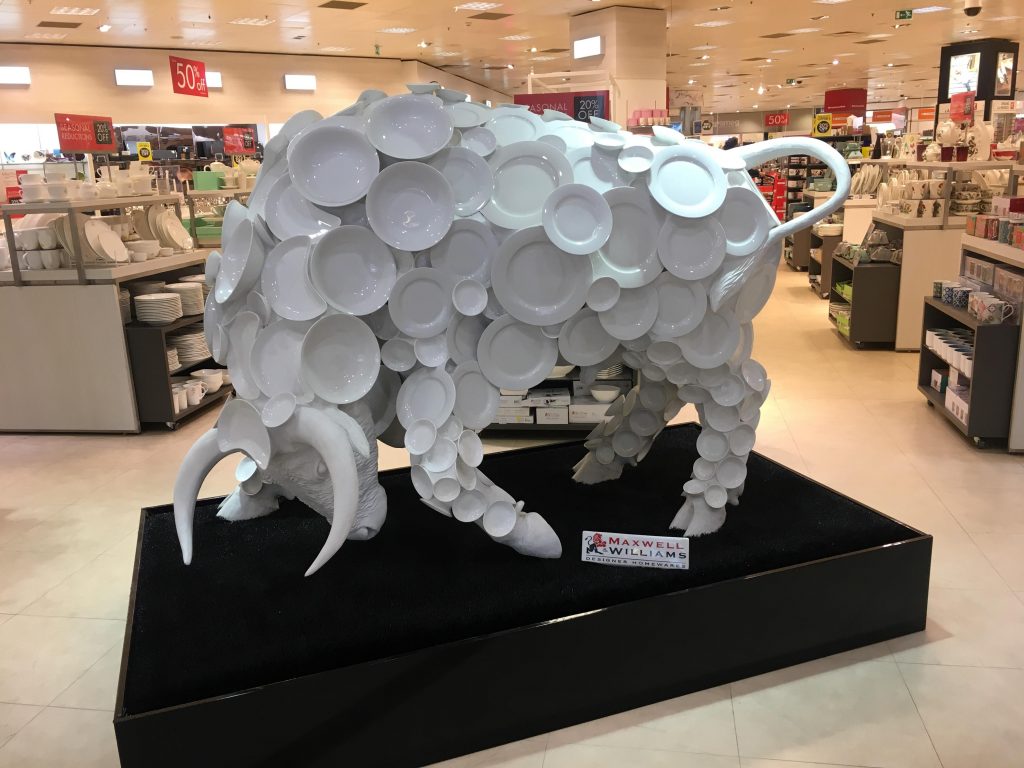 This is a piece about oversized air conditioners.

Though the symptoms and consequences of oversized heating equipment are similar to those of air conditioners, you’ll notice that the focus throughout the article will be on the cooling side. Specifically, from the perspective of climate zone 1 (hot and humid).
I’m gonna skip right through the lecturing about proper equipment sizing, selection, and duct design. There are trained professionals for that and I’m not one of them. Instead, we are going to riff from the perspective of a system that has already been installed and is doing damage.
We are gonna go over some of the symptoms, their characteristics and why making improvements to oversized HVAC it’s a slippery slope.

So, what does an oversized system looks like?
Like any other one, you’ve worked on. Except, these systems:

• Can’t keep the occupants comfortable throughout various rooms in the house.
• Comfort complaints are intensified at night.
• It short cycles periodically, but it specifically does so when it’s less than 94° outside and still feels warm inside. Even when the thermostat it’s showing 67° as the room temperature.
• The relative humidity is consistently high (over 55%) or, at best, goes through big swings throughout the day. These swings will normally track with the operation cycles.
• Light films of condensation might be visible on supply vents.
• Duct work sweating.
• Excessive noise from vents. Returns, supplies or both.
• The temperature feels (noticed I said feels, not reads) significantly warmer around the perimeter areas of the space (larger exposure to exterior walls) than on the interior ones (hallways and such).

If you pull up to a service call and any meaningful combination of these symptoms are the reason you’re there, put the gauges back in the truck. There is no need to worry about subcooling or superheat. I promise.

But why? What’s so wrong with oversized equipment anyways?

Run time is the obvious place to start. The lack thereof that is.
Oversized equipment will naturally result in larger and colder air volume being moved throughout the space. Invariably, the wall control will reach its setpoint faster and the system will cycle off before it had the chance to do its job.

What is its job exactly?

Let’s start with the mean radiant temperature. The linked article explains it very well but in short, human comfort has as much to do with the temperature of the surfaces around us as the one displayed by the thermostat.

Apparatus dewpoint (ADP) is next. ADP is the effective surface temperature of the cooling coil. Or as we call it, coil temperature. I will use these 3 terms interchangeably.

But just because the refrigerant entering the evaporator is at 40 degrees doesn’t mean that all of the coil will immediately drop to this temperature. This process takes time. The cold refrigerant has to make several passes before it can first, absorb the heat from all of the evaporator’s body mass, for it then, come down to the design ADP.

If we are having average run cycles in the 10 to 15 minutes range, this won’t be enough to ensure that the whole evaporator surface reaches its design operating temperature, and dehumidifies the air before the system cycles off. Therefore, the dehumidification capacity of the system will be consistently and greatly compromised, resulting in poor relative humidity control in the space.

This phenomenon is seriously worsened when dealing with high-efficiency systems. To increase SEER ratings manufacturers have found ways to drop the compression ratio and therefore power consumption. To achieve this, they have increased the suction saturation temperature through the use of larger coils. So, not only does the evaporator starts out warmer, but now it has more surface to bring down to temperature. The shorter run times of oversized systems will accentuate the otherwise negligent consequences of having a larger and warmer cooling coil surface temperature.

Did you just say SEER?! At no other time, an AC system is more efficient than when is not running, right? Because is not using any energy. So, wouldn’t it make sense to provide the consumer with a system that cycles off more often then? Nope. To begin with, the upfront costs of having larger equipment installed are normally more than that one of smaller capacity.

Also, and more importantly, the single, highest point of energy consumption for an AC system is when it turns on. Once a system cycles on and off more times than necessary throughout the day, the presumed savings of not having it run for a given amount of time go out the door.
And to top it all off, the clients are ticked off! Not only did their electric bill not go down much if any, but now they are also uncomfortable.

So how can we fix it?

Well, to fix it we would have to replace the system with one of the appropriate capacity. But that’s probably not gonna happen right away is it? Not until the consumer has enough pain to motivate the expense anyways.

Before we invariably end up talking about extending runtime and/or lowering airflow I want to make a quick stop on static pressure.
When there is an oversized system connected to existing, older ductwork. As soon as you start diagnosing the issue, you’ll run into a high external static pressure reading. At this point, a light bulb will go off in your head “it’s the ductwork”!

You’ll carry on to quote duct improvement solutions that will drop the TESP, maybe even throw some return air path upgrades. Let’s say the customer agrees, and once the work is done you perform a complimentary (or not) test and balance and ultimately confirmed that the TESP is now within acceptable levels.

“I’m going to be a hero” you may say to yourself. Well, if you did in fact improved the duct system to a point where the equipment is now moving more air than before, then the problem just got worse.

I get that it’s a controversial stance but, next time you realize you are in front of one of these situations ask yourself:
More, colder air. Do I really want to make this oversized system run better?

If the envelope doesn’t change, then the alternative left would be extending runtime. There is a number of ways to achieve this:

• Strategically place remote temperature sensors on the warmest areas of the house that report to the thermostat and therefore will trick the system into running more. The thermostat may feature dehumidification specific algorithms.

• Purposely de-balance the airflow distribution throughout the house, so there is more air hitting the exterior surfaces and as little as possible on the interior areas where the wall control may be located – the ceiling on this strategy is pretty low in my experience.

• And all of the above plus reducing the airflow to its minimum possible setting to run a colder coil temperature and run a lower SHR. Therefore, the dry bulb temperature as sensed by the wall control won’t drop as fast…maybe.

Doesn’t sound that bad, does it? Except these will also result in colder supply air temperatures. This is the leading cause of sweating ducts and vents in these scenarios, but that’s not the worse part.

This will directly result in localized, colder surfaces throughout the envelope as well. Condensation on vents and ductwork you can notice fairly early, before they become a problem. But what about the condensation you can’t see? The one that had been forming on building materials for a while and wasn’t a problem until now that a coconut tree sprung out of one the walls. A “moisture” remediator gets called next and what follows it’s an unfortunate tale of lawsuits and bad reviews.

I am not saying that improvements to ductwork and runtime shouldn’t be made to an oversized system but…
Have you ever heard of the bull in a china shop metaphor?

The china shop is the house and the oversized HVAC is the bull.